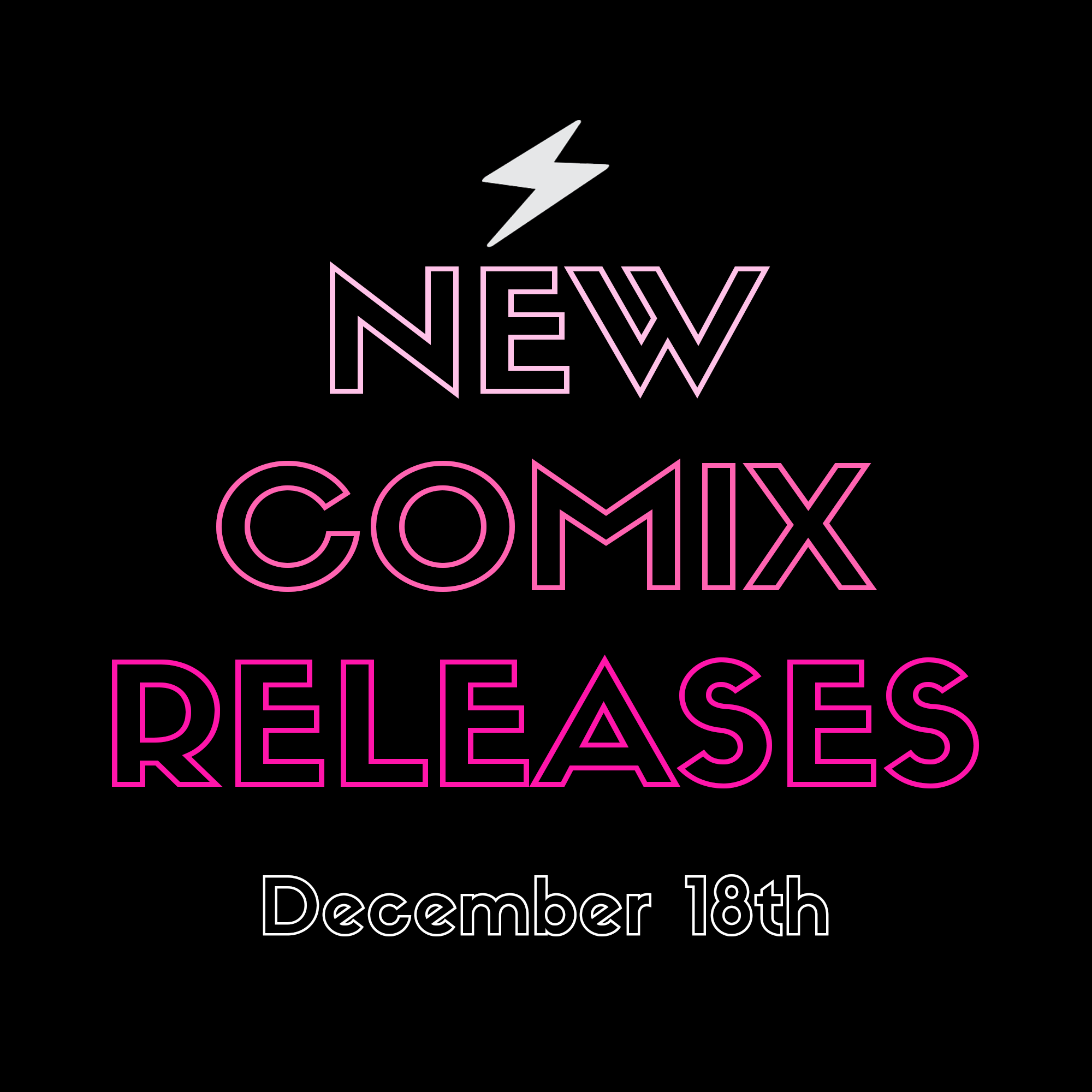 This week may be a light one when it comes to new releases due to the Christmas holiday, but there are still a few titles we will be excited to pick on the 26th!

Scroll through our recommendations for December 26th's New Comic Book Day, listed below!

This week we have just six comics on the list, but we very are excited to pick up the first issue of Spider-Ham! Follow both Peter Porker and Peter Parker in this all new mini-series as they fight side-by-side through time and space!

Our returning favorites this week are; The Marked, and Red Sonja and Vampirella Meet Betty and Veronica!

Each title, listed below in alphabetical order, includes cover art and a brief description. To learn more about each title, click on the cover art image and head over to Previews World!

And in case you missed it: You can now purchase comics and graphic novels in our shop! We are slowly adding inventory as we get things situated, so bear with us! As we decide what we should stock in the shop, we would love your feedback, so always feel free to send us an email or leave us a message on Facebook or Instagram! And don’t miss our first original product, the Princess Pride Wonder Woman patch!

Are there other titles you're picking up this week? What are we missing from our list? Let us know in the comments section! 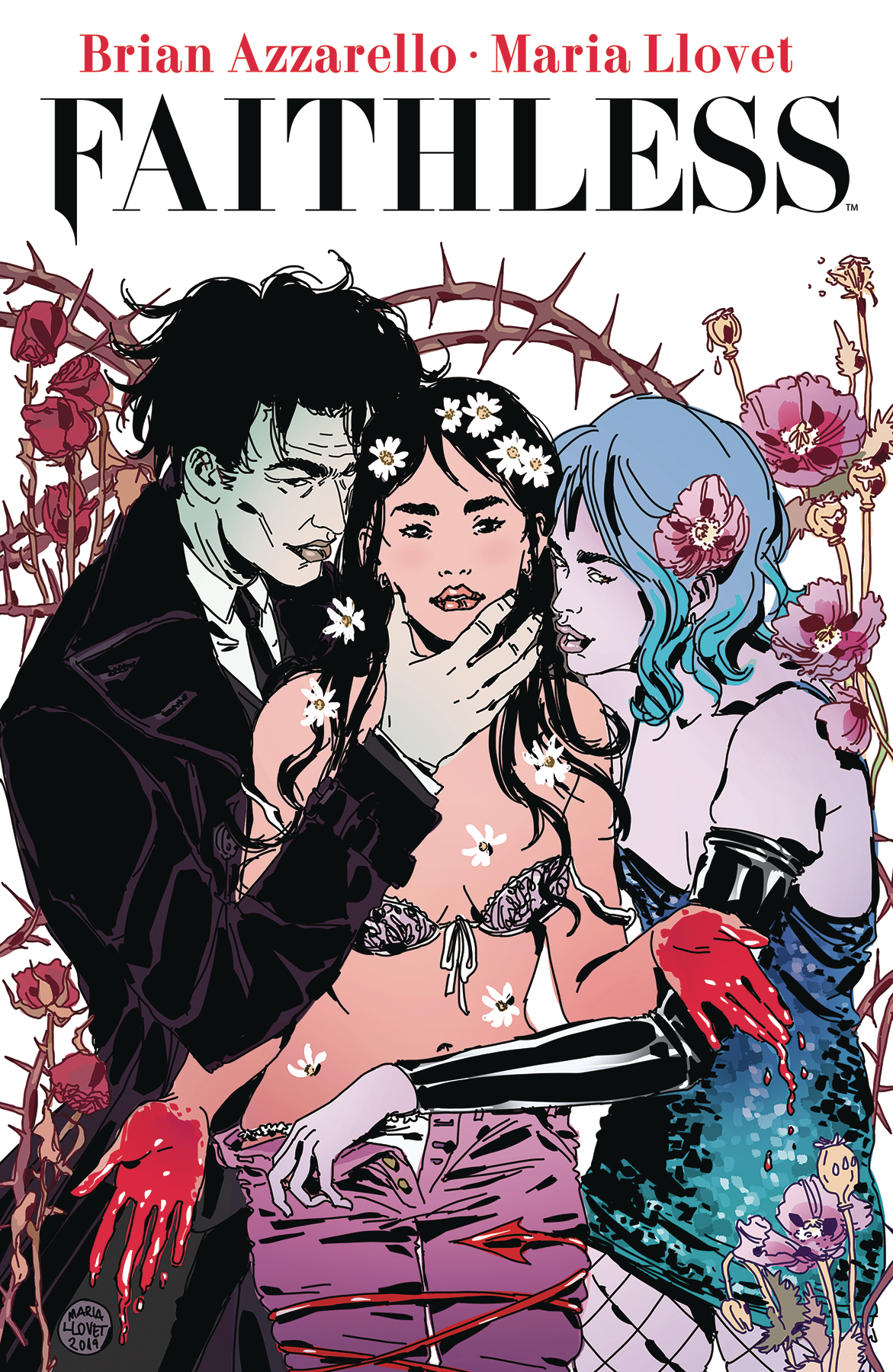 * Faith likes to dabble with magic. Her friends think it's cute.and not just a little off-putting, but it 's part of her charm and her warped search for purpose in a world that makes too much sense. But she's a true believer and knows there is a power within her reach. She's right, of course. It just took a while for that magic, that temptation, that unknowable thing to find her... In short, Faith is bored as hell. And Hell has noticed. 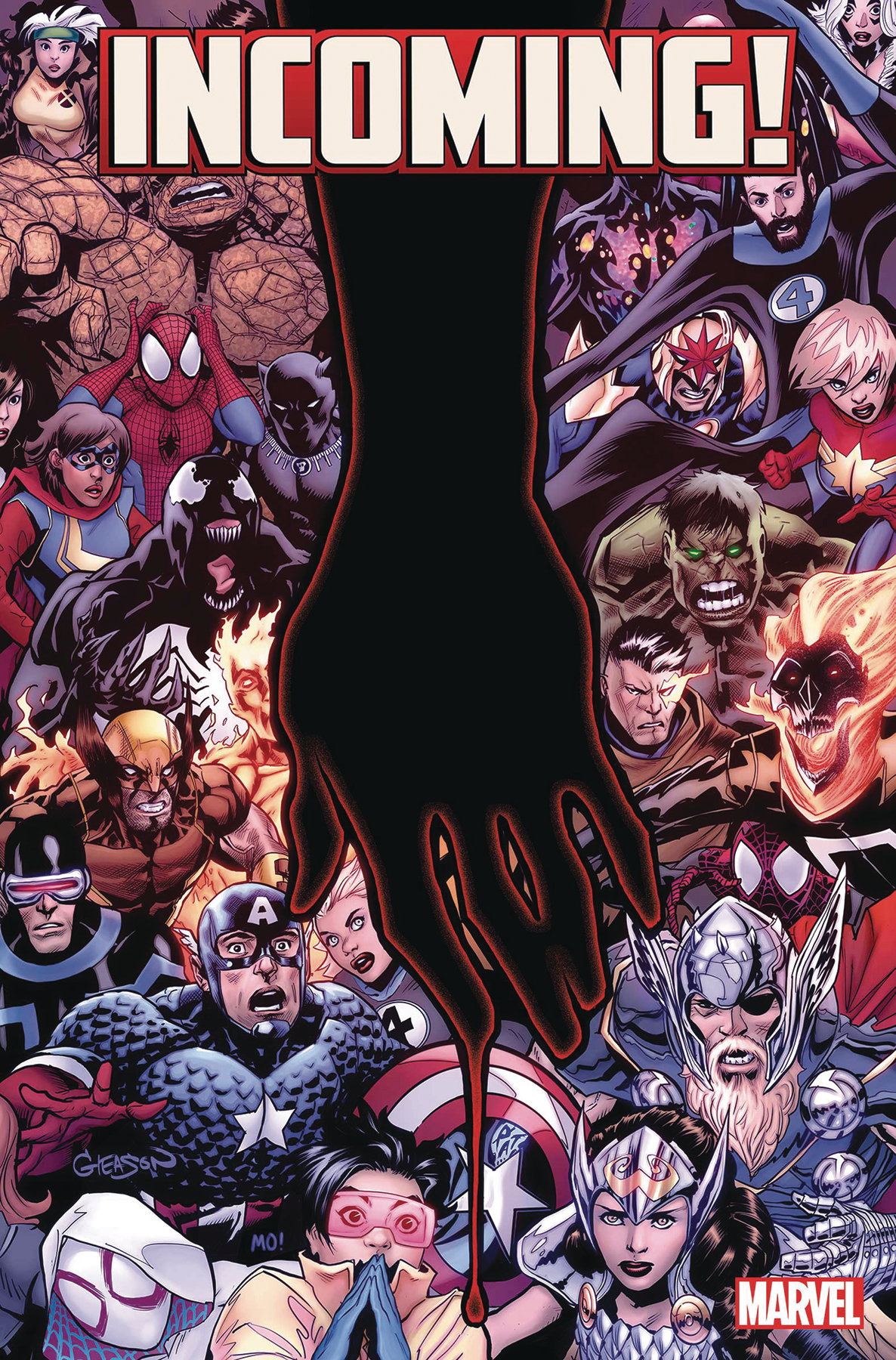 "OCT190860
(W) Al Ewing, More (A) Aaron Kuder, More (CA) Patrick Gleason
ONE WILL UNITE THEM!
A mysterious murder brings together the heroes of the Marvel Universe in the search for a killer - but no one can imagine where the trail will lead, or how it will affect everything in 2020 and beyond! Who is the victim and who is the assailant?
The closing chapter to MARVEL's 80th year, which will connect the dots of everything that happened in 2019 and propel the narrative into the year that is to come! Featuring the Avengers, the Fantastic Four, the X-Men, the Guardians of the Galaxy, Daredevil, Spider-Man, the Champions, the Agents of Atlas, Valkyrie, the Immortal Hulk, Jessica Jones, Venom, Ghost Rider, the Masked Raider and more!" 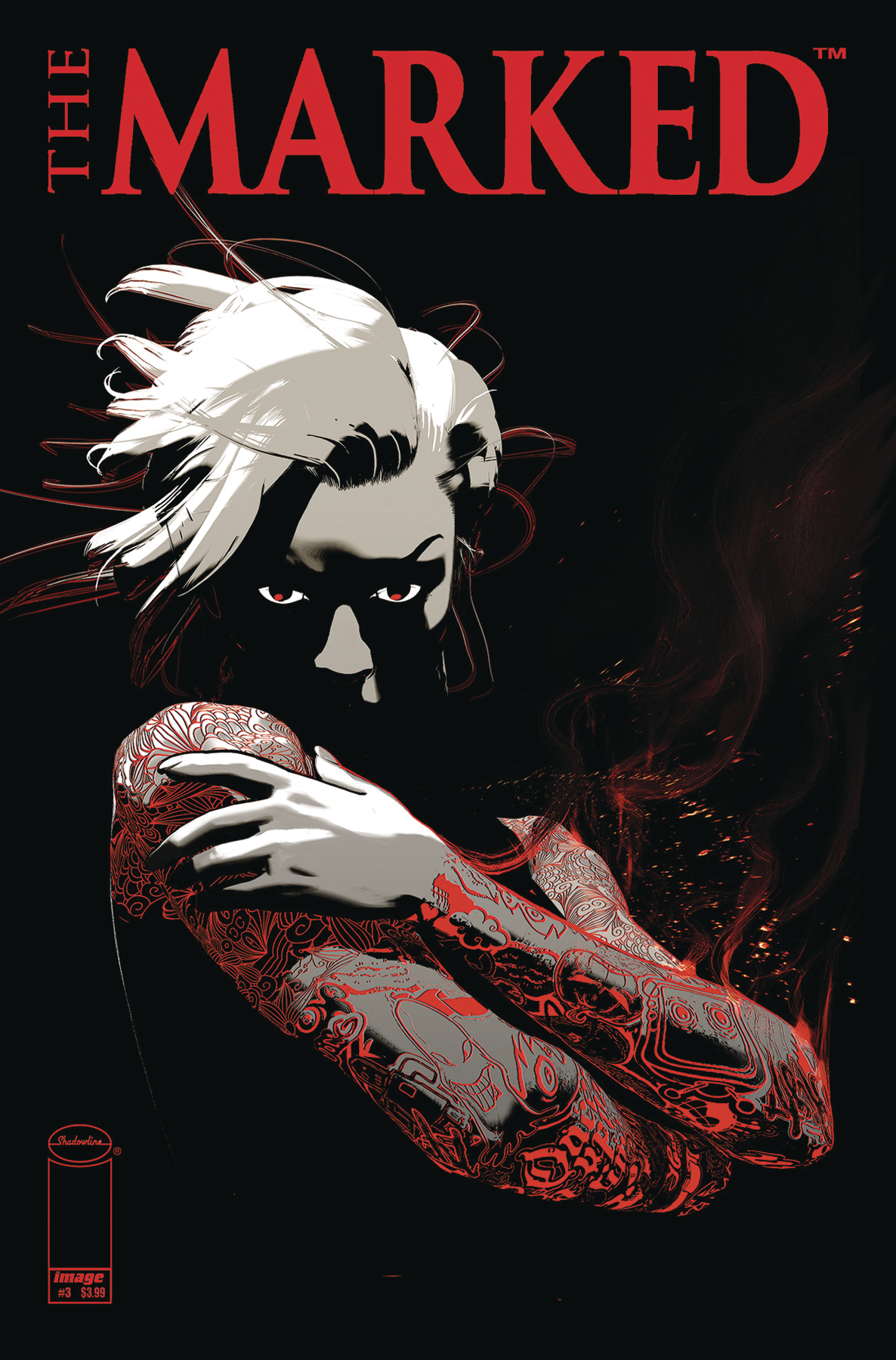 Marked #3
"OCT190216
(W) David Hine, Brian Haberlin (A/CA) Brian Haberlin, Geirrod Van Dyke
Liza's Sphere of Power is opening up rifts between our reality and the dark dimensions that lie beyond. Karuman, the ancient leader of The Shangen, gives Mavin an ultimatum that forces her to lead The Marked in an ill-fated attack on Shadowgate." 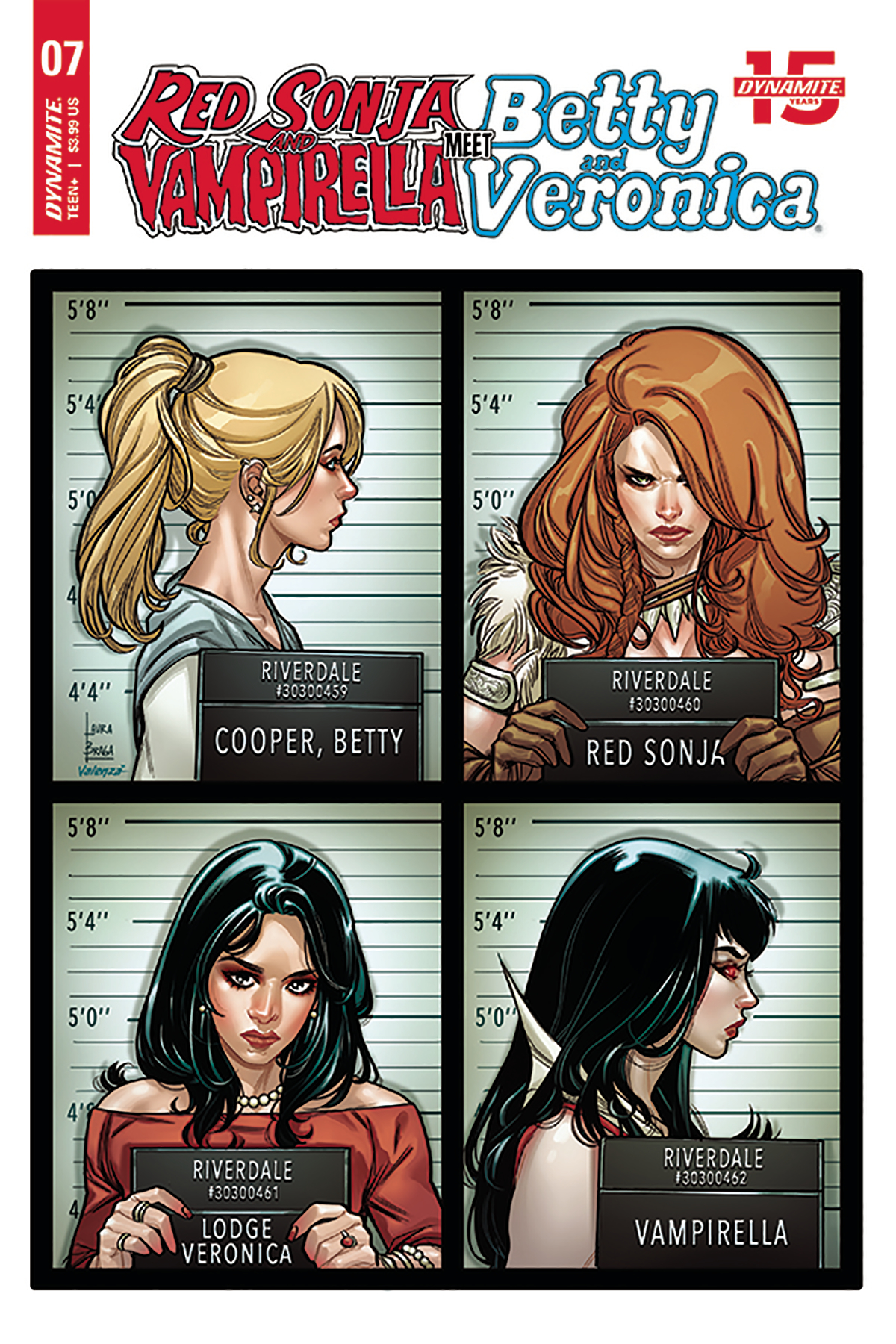 "OCT191289
(W) Amy Chu (A) Maria Sanapo (CA) Laura Braga
Get ready to boogie through time and space as Betty and Veronica find themselves on a trip to... Drakulon?!! Fresh off solving the murder spree in Riverdale, they take a ride with Vampirella and Red Sonja back to Vampi's home planet. Twin suns! Rivers of blood! Wicked sunburns in the making! You've never seen a spring break like this before. But is it a one-way ticket for the fantastic foursome? Stay tuned to find out!" 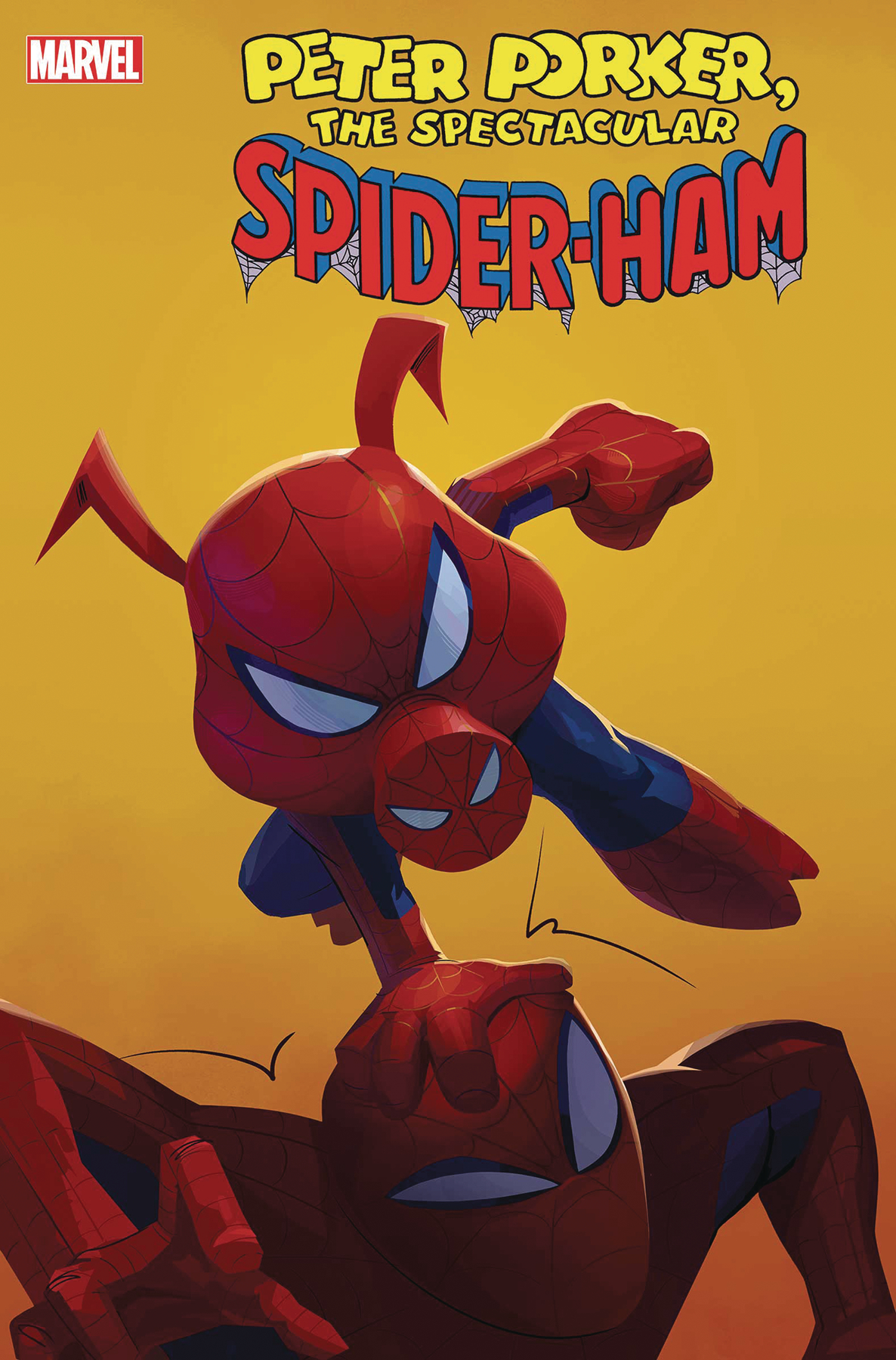 "OCT190981
(W) Zeb Wells (A) Will Robson (CA) Wendell Dalit
APORKALYPSE NOW!
Not a dream! Not a hoax! Not an imaginary tail! Spider-Ham finally has his own series! (Again!)
Peter Porker, the Spectacular Spider-Ham finds himself jumping through time, side-by-side with Peter PARKER, the Spectacular Spider-MAN!
ZEB WELLS and WILL ROBSON bring you the Ham and Man story you've been waiting for!" 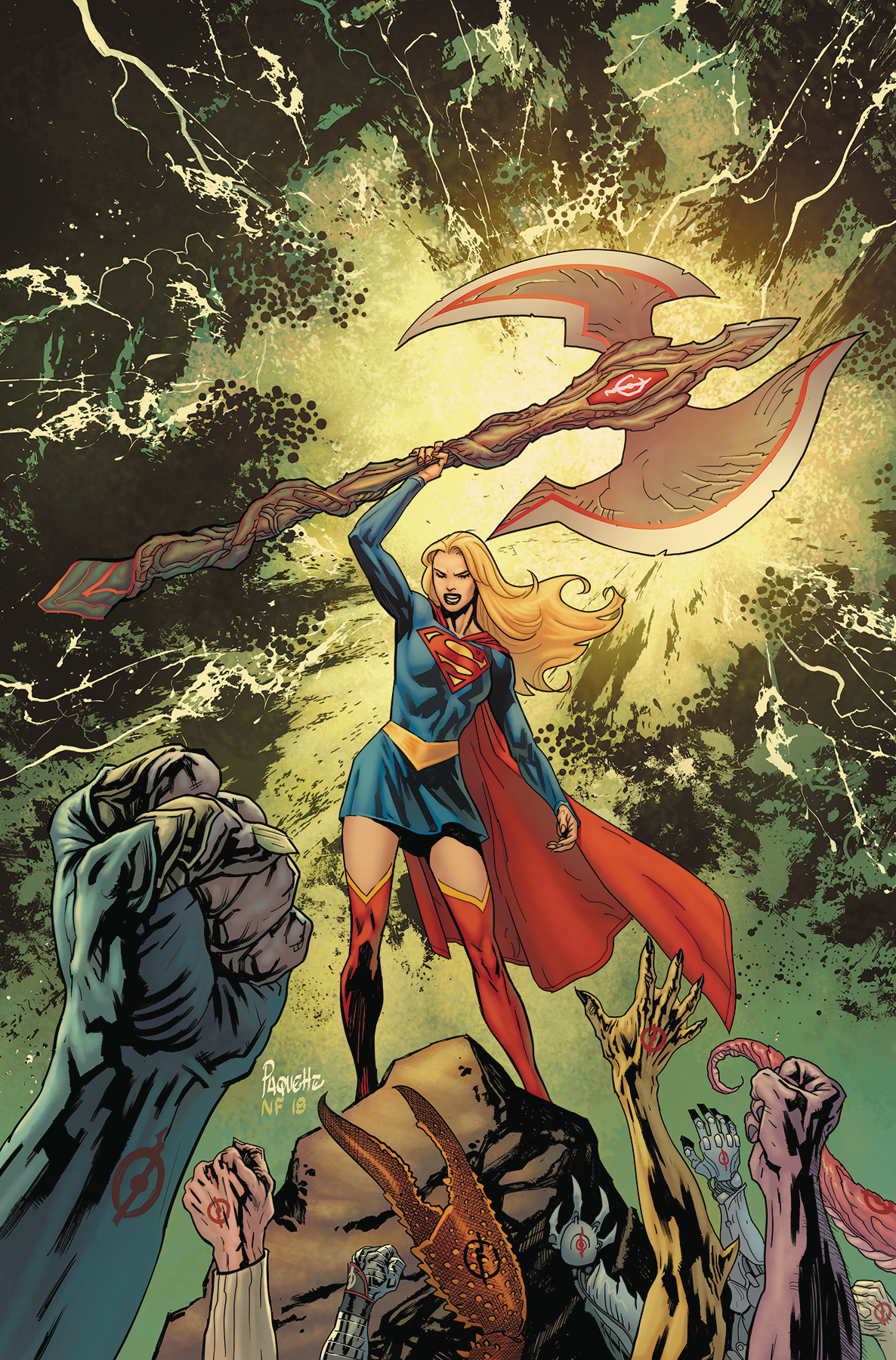 "SEP190597
(W) Marc Andreyko (A) Kevin Maguire, Eduardo Pansica, Julio Ferreira, Sean Parsons, Eber Ferreira, Scott Hanna (CA) Yanick Paquette
Caught in the middle of a Vega System civil war, a powerless Supergirl struggles to rescue as many slaves as she can from the brutal hands of the Citadel. And then, it's Supergirl and the Omega Men versus... more Supergirls?! Plus, the Omega Men's secret base of operations is attacked by the Citadel, who brought with them an entire army of Supergirls who all don't seem to be built quite right. Collects Supergirl #27-33."
Back to Weekly New Releases
Use left/right arrows to navigate the slideshow or swipe left/right if using a mobile device