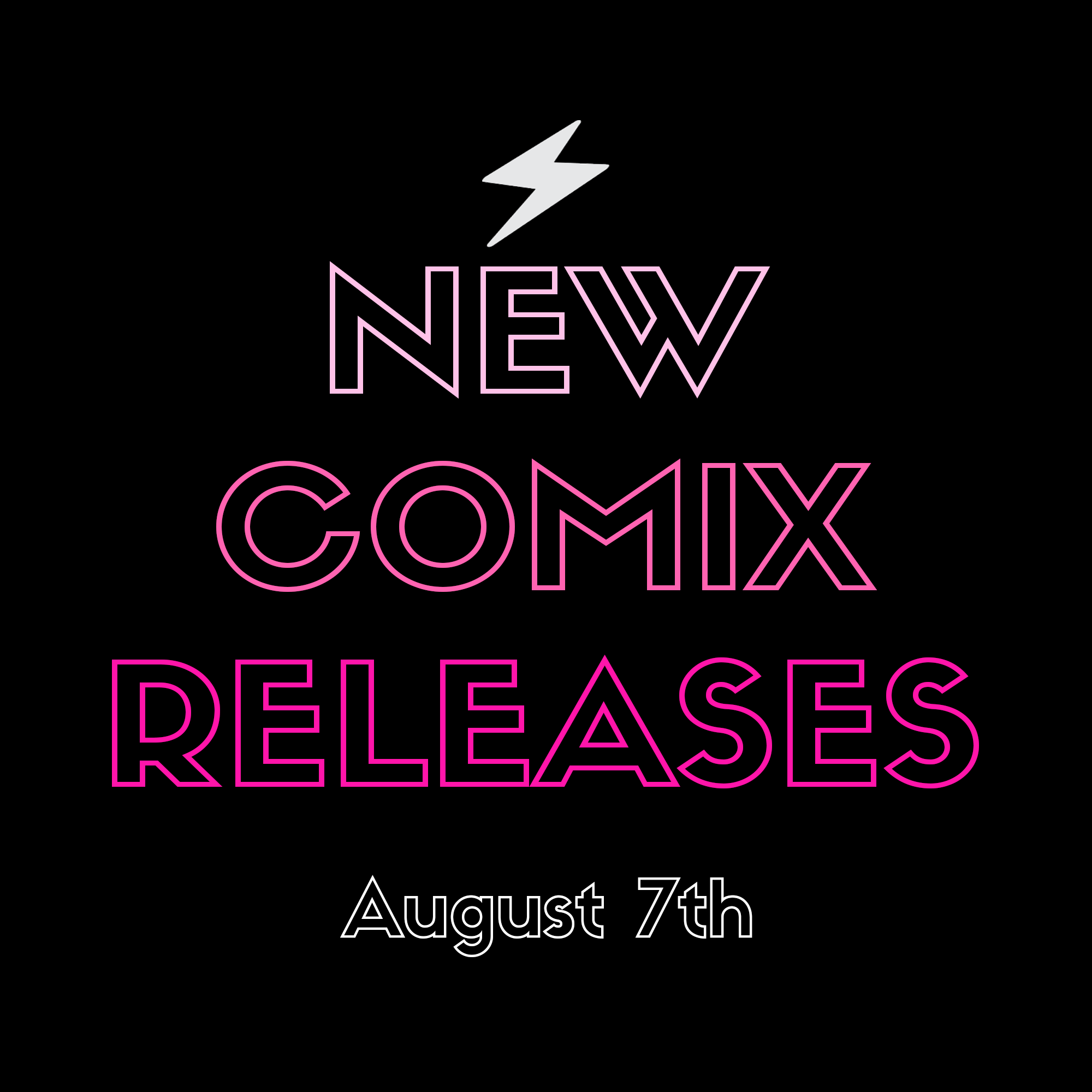 Scroll through our recommendations for August 7th's New Comic Book Day, listed below!

The big-ticket title for us this week is the new Agents of Atlas #1! The all-Asian and Asian-American hero team has a new lineup spinning out of War of the Realms, and now features many of our favorite women of Marvel, including Silk, Aero, and Wave! The new run promises “science-magic super hero fun” and some good old fashion monster fighting!  This week also brings the first issue of Image’s new series Coffin Bound! The series follows intrepid badass Izzy Tyburn as she goes scorched earth in this road trip revenge story.

We also have some returning favorites this week such asBuffy the Vampire Slayer, Crowded, Die, Giant Days, Lois Lane, and so many other Femme Power Comix favorites!

For graphic novels, we highly recommend you scroll down and check out Ryuko Vol 1! This manga, paying homage to film noir, follows “Yakuza princess” and Japanese mafia member Ryuko. After a botched criminal operation in the Middle East, Ryuko must return home and face both gangsters and her own personal demons in part one of this action-packed criminal saga.

Each title, listed below in alphabetical order, includes cover art and a brief description. To learn more about each title, click on the cover art image and head over to Previews World!

And in case you missed it: You can now purchase comics and graphic novels in our shop! We are slowly adding inventory as we get things situated, so bear with us! As we decide what we should stock in the shop, we would love your feedback, so always feel free to send us an email or leave us a message on Facebook or Instagram! And don’t miss our first original product, the Princess Pride Wonder Woman patch!

Are there other titles you're picking up this week? What are we missing from our list? Become a member of Femme Power Comix and let us know in the comments section! 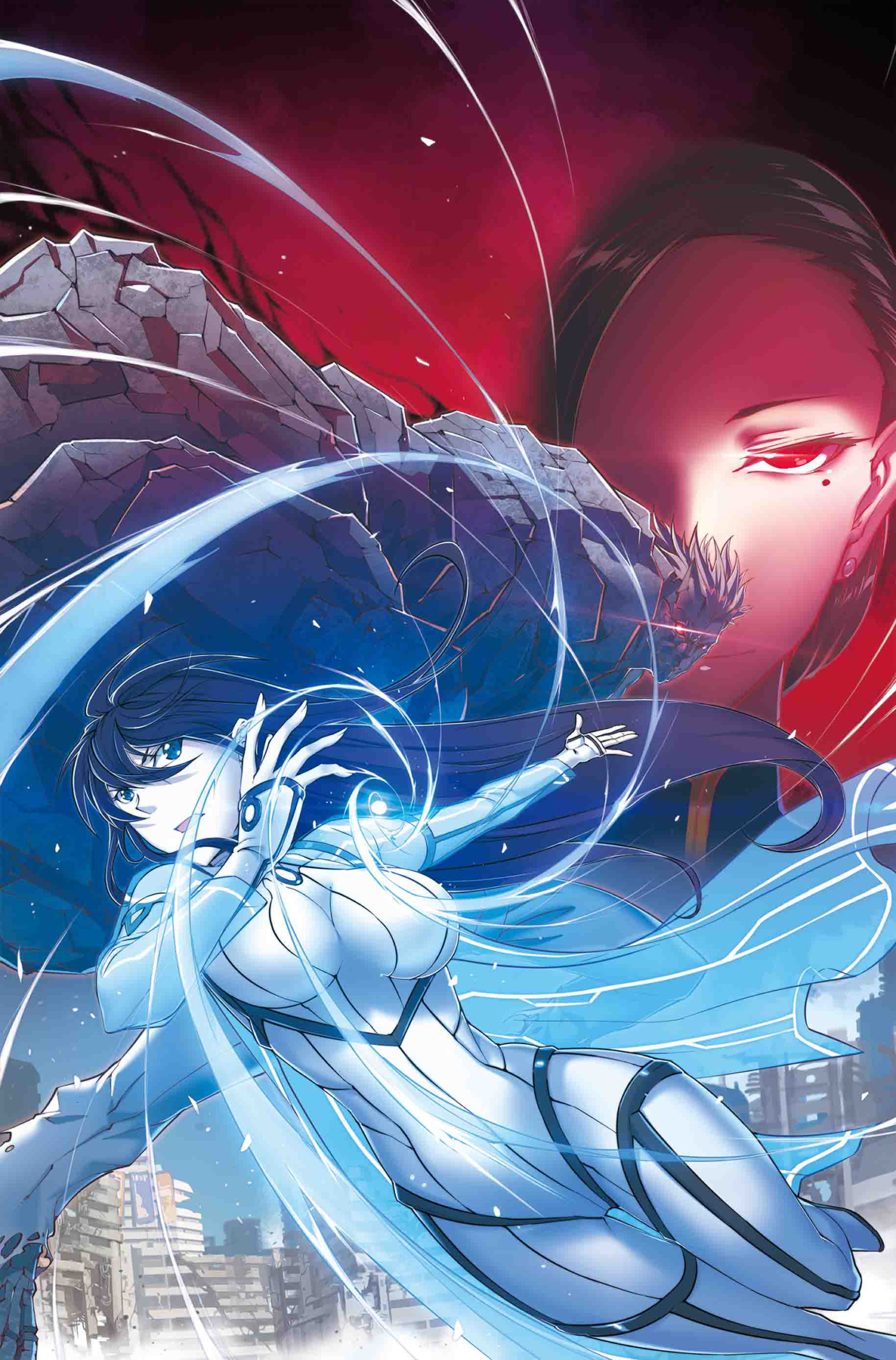 TEARS IN THE WIND!• When she's not fighting mysterious giant golems with her wind powers, AERO is the Shanghai-based architect LEI LING, who sometimes just wants to have dinner with her boyfriend in peace. • But when her boyfriend springs a surprise, Ling discovers that her civilian life might be as perilous as her super hero life! • Meanwhile, in our second story, AERO and WAVE test the limits of their water and air powers - and begin to unravel the mystery of the strange ties that bind them. 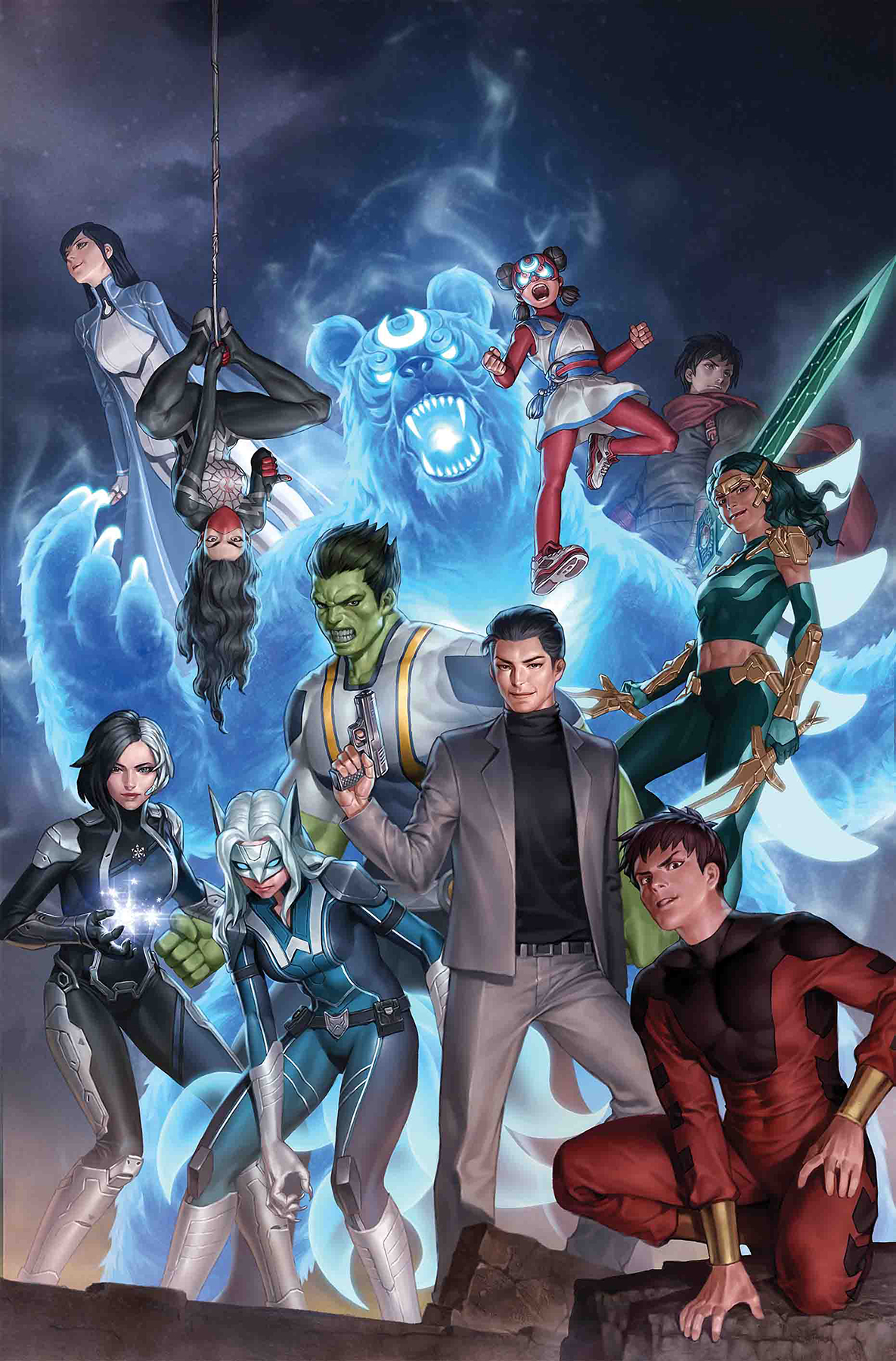 PROTECTING EVERY CORNER OF THE MARVEL U.!
By popular demand, ATLAS debut in their own series as AMADEUS CHO, SILK, SHANG-CHI, WAVE, JIMMY WOO and all your favorites defend the cross-Asian portal city of Pan against the science-magic threat of one of Marvel's classic villains! Classic science-magic super hero fun combined with young and old heroes from multiple lands clashing with one another, fighting monsters and maybe saving the world along the way! And who is ISAAC IKEDA, the Protector of Pan? PLUS: Where are the original AGENTS OF ATLAS? Namora, M-11, Gorilla Man and Marvel Boy in an all-new top-secret mission! 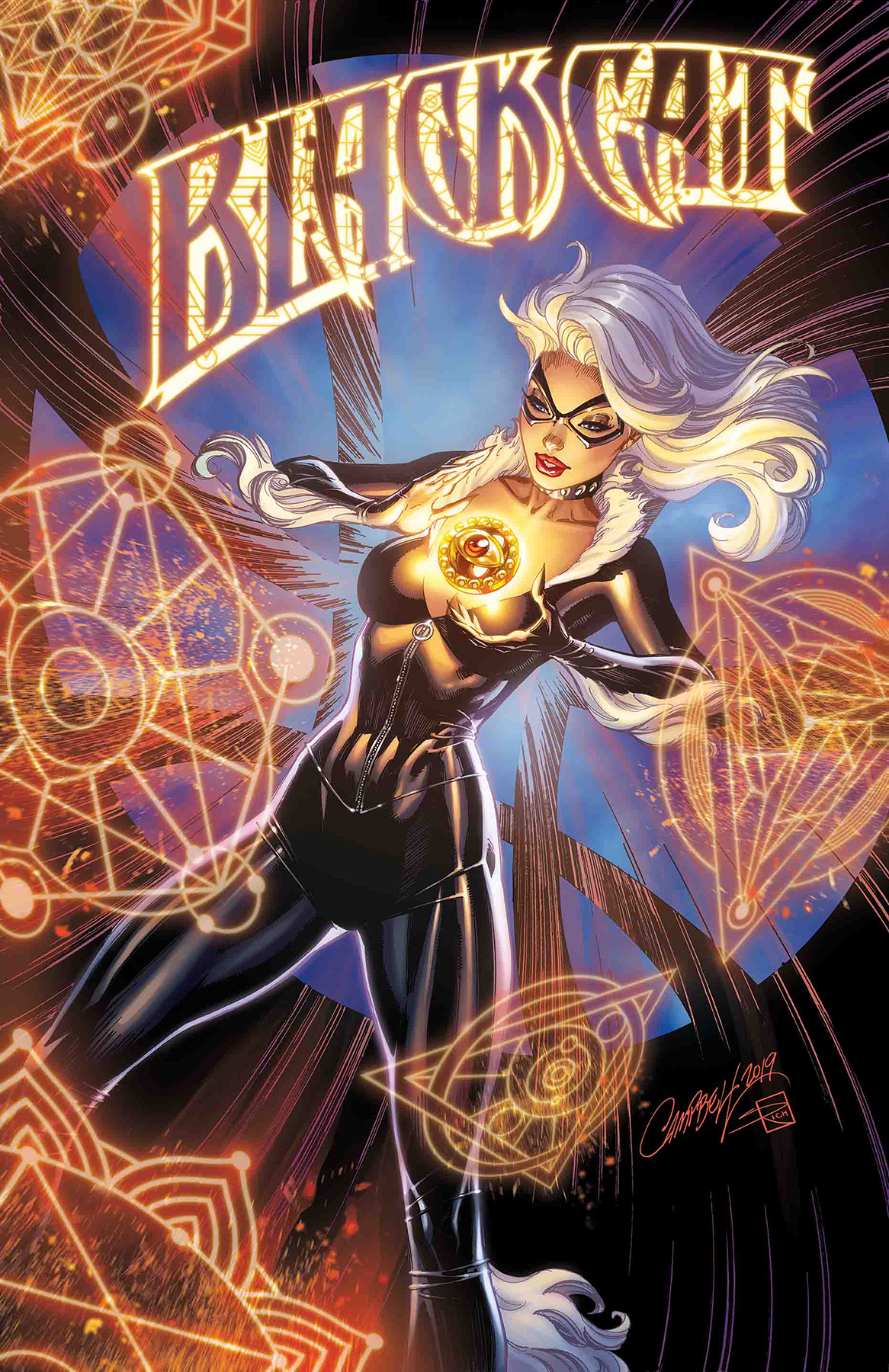 • Surprising no one, Black Cat's heist of Doctor Strange's Sanctum Sanctorum has gone horribly wrong.
• Felicia and her crew are under attack in a place where any wrong turn or opened door means certain death.
• It would take an insane amount of luck to get out alive. How much luck would it take to get out alive with the loot? 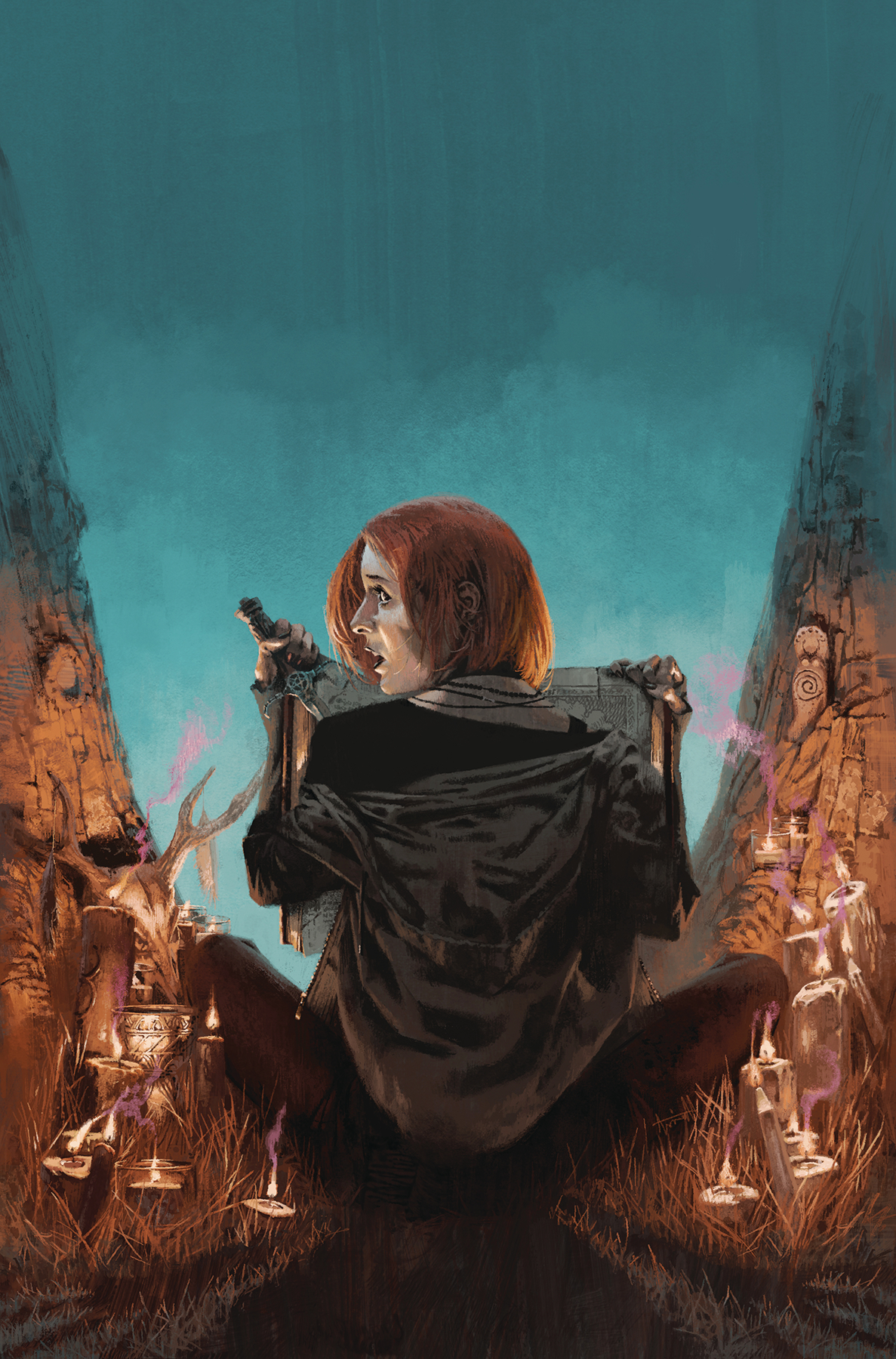 With time and options running out quickly, Buffy must turn to the new face in Sunnydale, someone she doesn't fully trust - ANGEL! If you're expecting sparks to fly, you're probably guessing wrong... but fists and stakes just might! 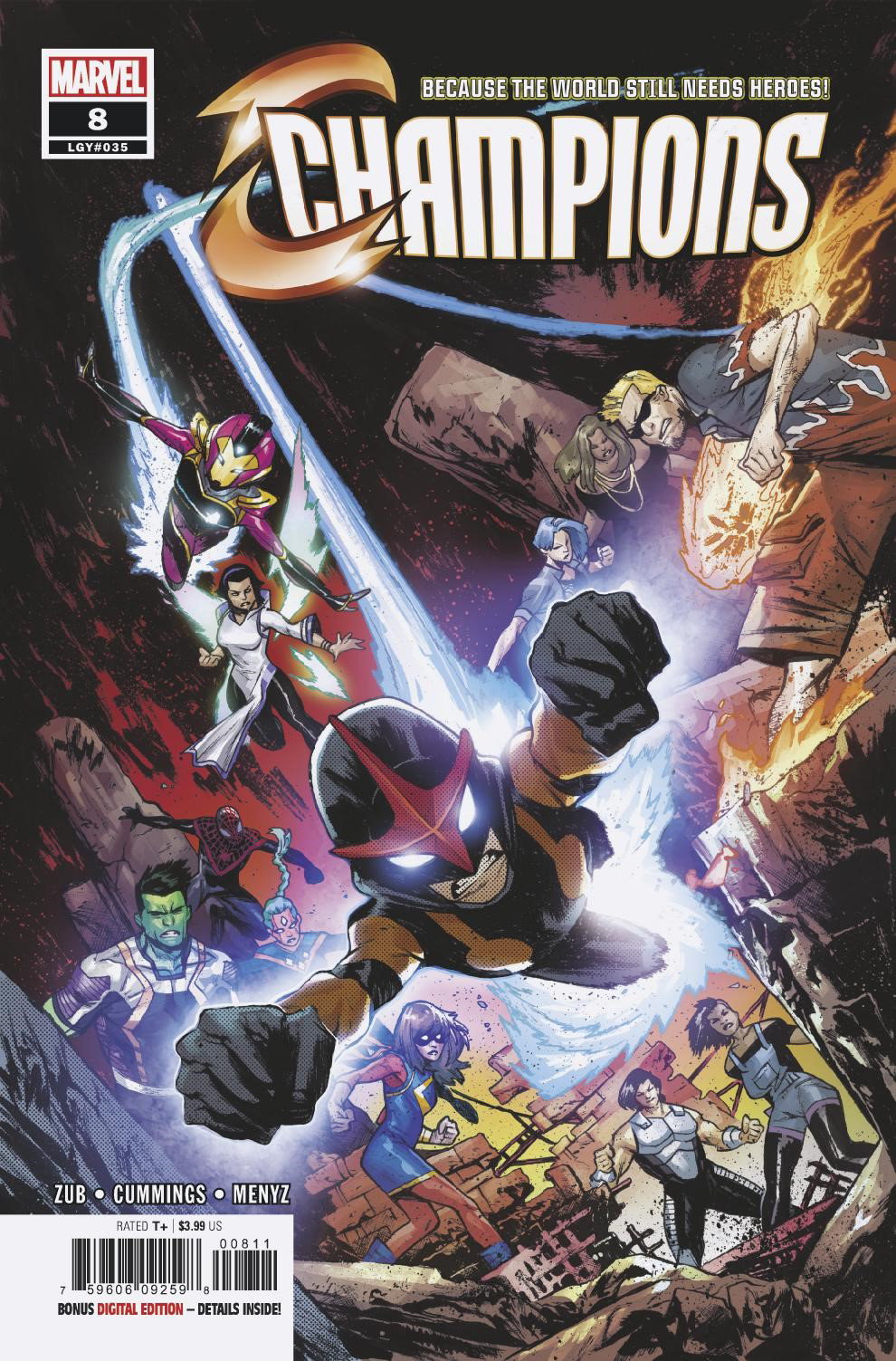 • Fear, doubt, and deception...The Champions' ideals are about to be tested, and not everyone will make the grade.
• Plus, the return of the Freelancers and the fate of Sam Alexander! 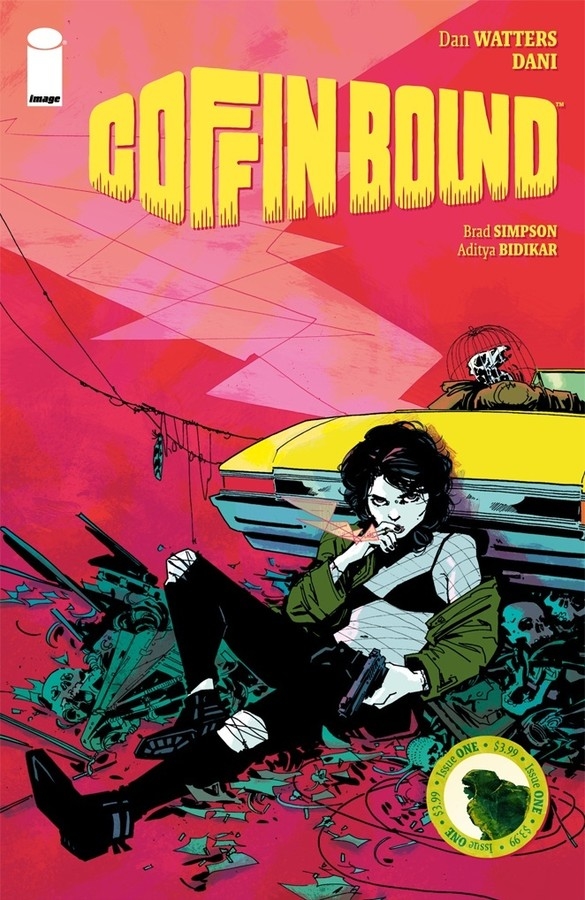 SERIES PREMIERE! Cars! Guns! Entropy! Chased by an unstoppable killer, Izzy Tyburn has decided that if the world won't have her in it, it can have nothing of her at all. She's re-treading her life, leaving nothing but burned rubber, ash, and the sun-scorched bones of those who get in her way. Join writer DAN WATTERS (Sandman Universe: Lucifer, LIMBO), artist DANI (2000AD, Girl with No Name), and colorist BRAD SIMPSON (JESUSFREAK, MCMLXXV) on a road trip through a blood-splattered life. 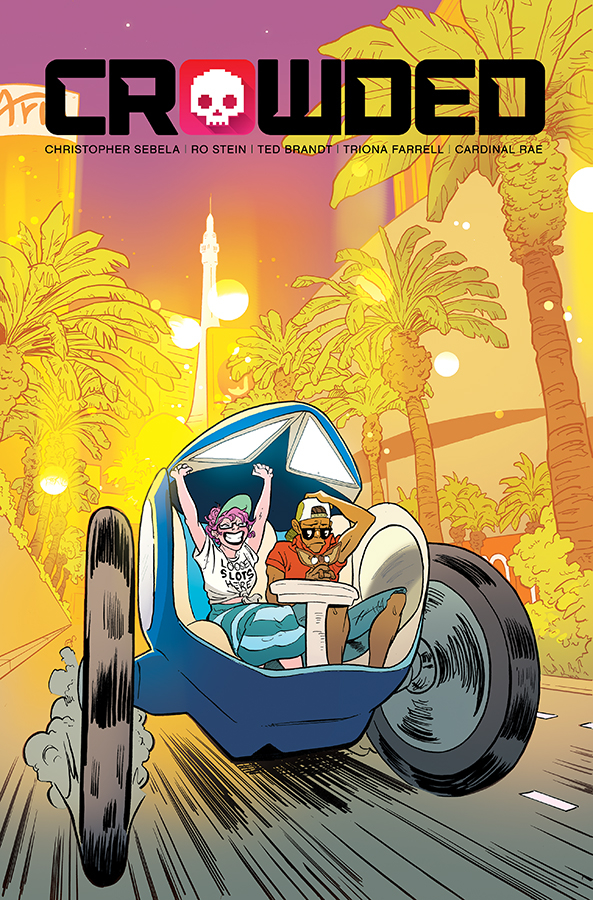 Charlie and Vita arrive in Vegas, looking for a safe haven and maybe some answers about who is behind the Reapr campaign. As the two begin to share some secrets and a ratty hotel room, will they finally learn to work together? 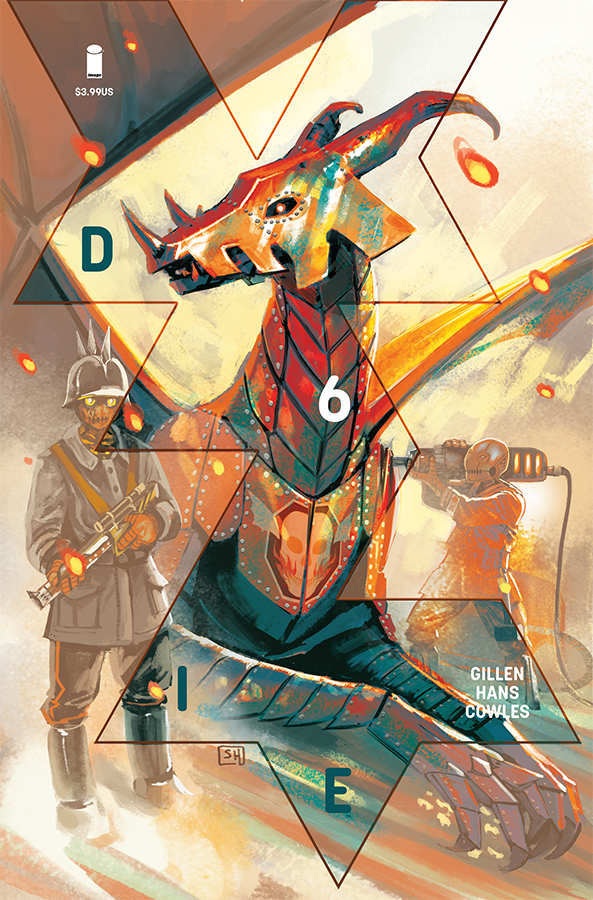 NEW STORY ARC! "SPLIT THE PARTY," Part One: Forget escaping Die-half of our heroes can't even escape the remains of shattered Glass Town. Is there any way out? Of course there is. It's just whether or not you can pay the price. Jump aboard the commercial smash series here! 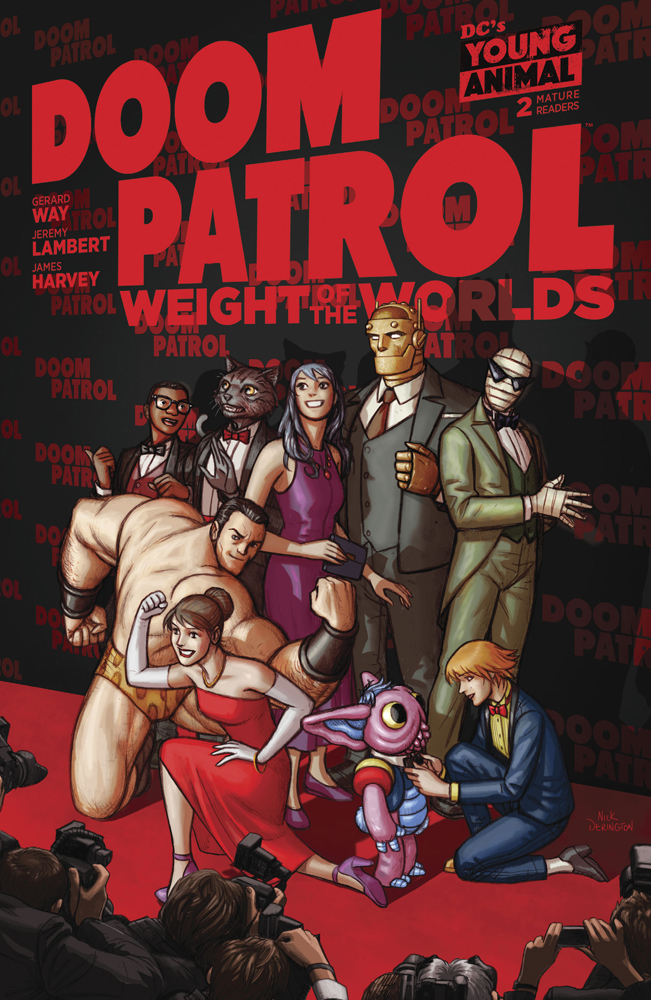 Doom Patrol: Weight of the Worlds #2

It is a time of great upheaval as Cliff transforms, Larry gives birth, Casey babysits-and the Doom Patrol becomes embroiled in the divorce proceedings of feuding cosmic entities. 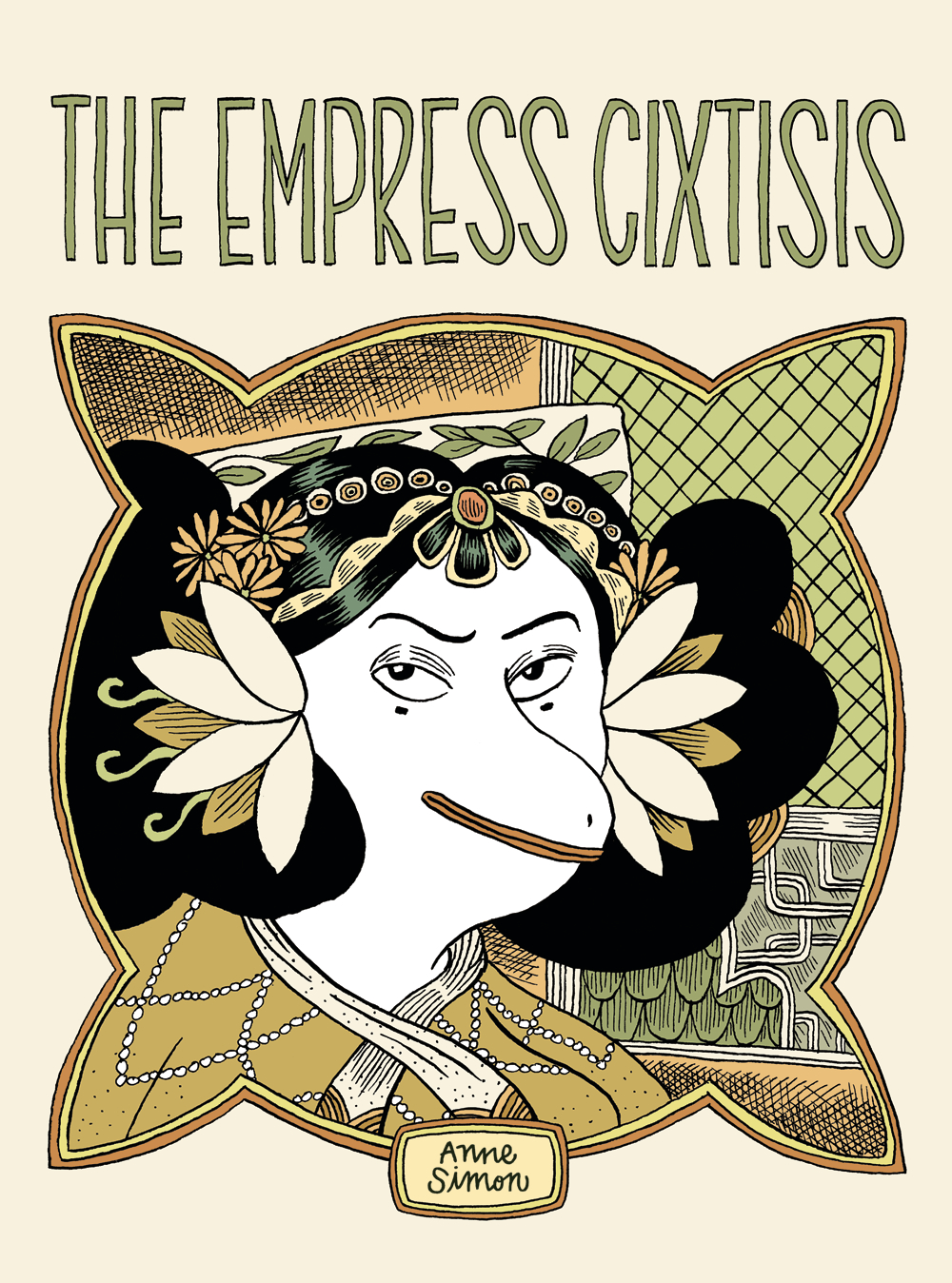 Set in the same world as Anne Simon's The Song of Aglaia, Empress Cixtisis tells the story of another female ruler who kidnaps all of the men from Agalaia's kingdom and brings them to Tchitchinie to castrate them and make them her slaves. Will Queen Aglaia be able to bring the men back and restore peace to the region? Anne Simon showcases a deft touch in this allegorical fantasy that blends feminism, satire, and farce into a story brimming with subversive twists and comical turns. 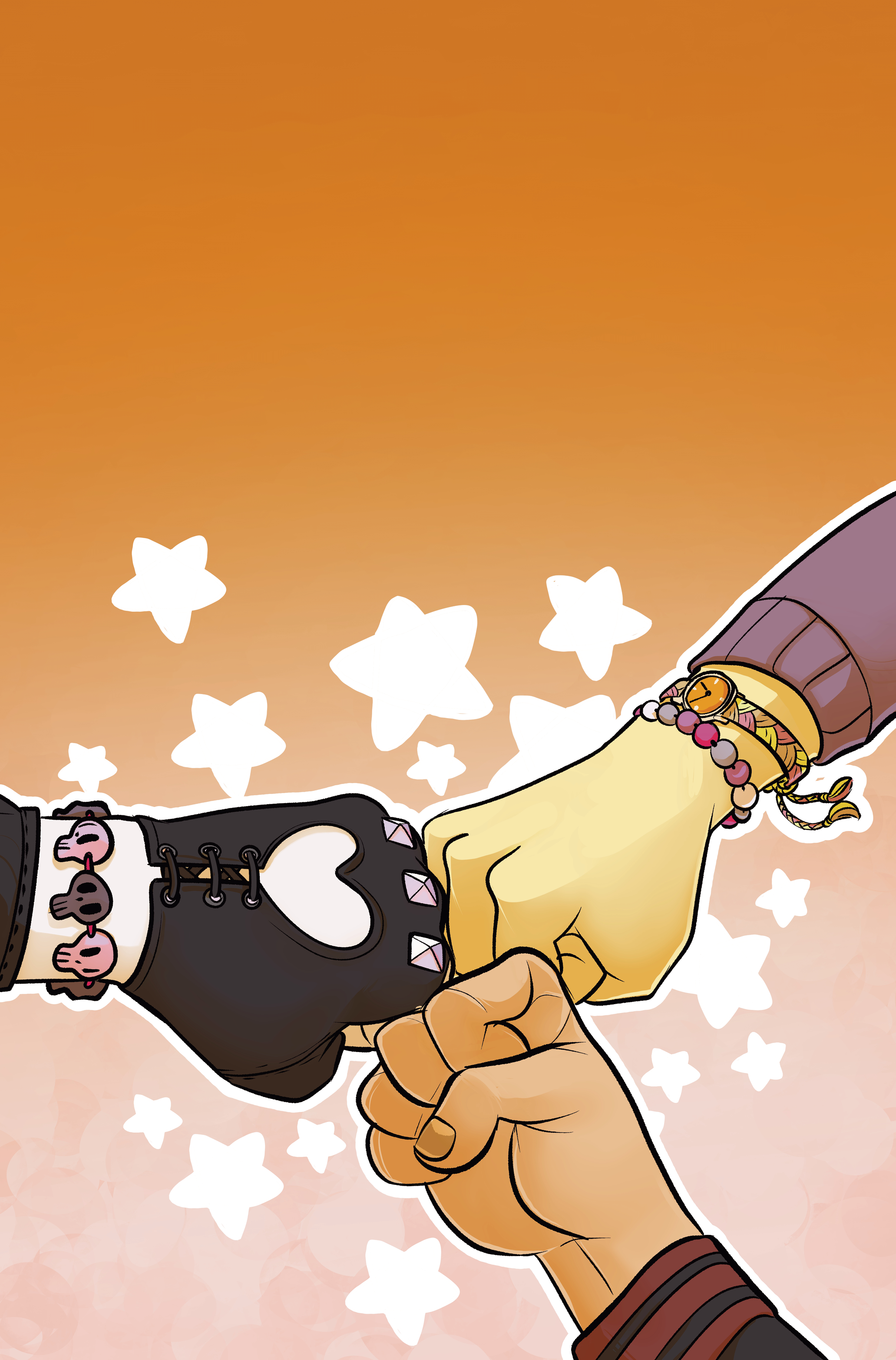 Final exams, final friendship times, and some final goodbyes for Daisy, Esther, and Susan before the summer term wraps up, and it's suddenly time to say goodbye to Sheffield! 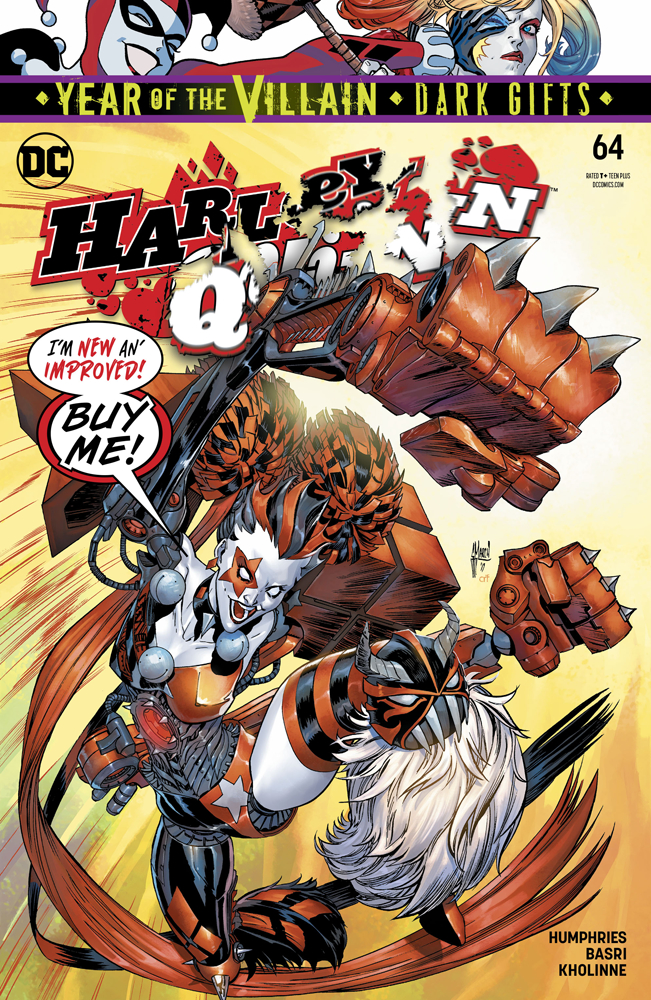 Harley's tried everything to avoid Lex Luthor and his stupid "Offer"-she's destroyed half a dozen of Lex's drones, she's changed her name, her cell phone number-she even faked her own death! Why won't this bald, pasty-faced weirdo take no for an answer? Harley Quinn takes on the crossover event of the summer in this comic-within-a-comic take on "DC's Year of the Villain"! 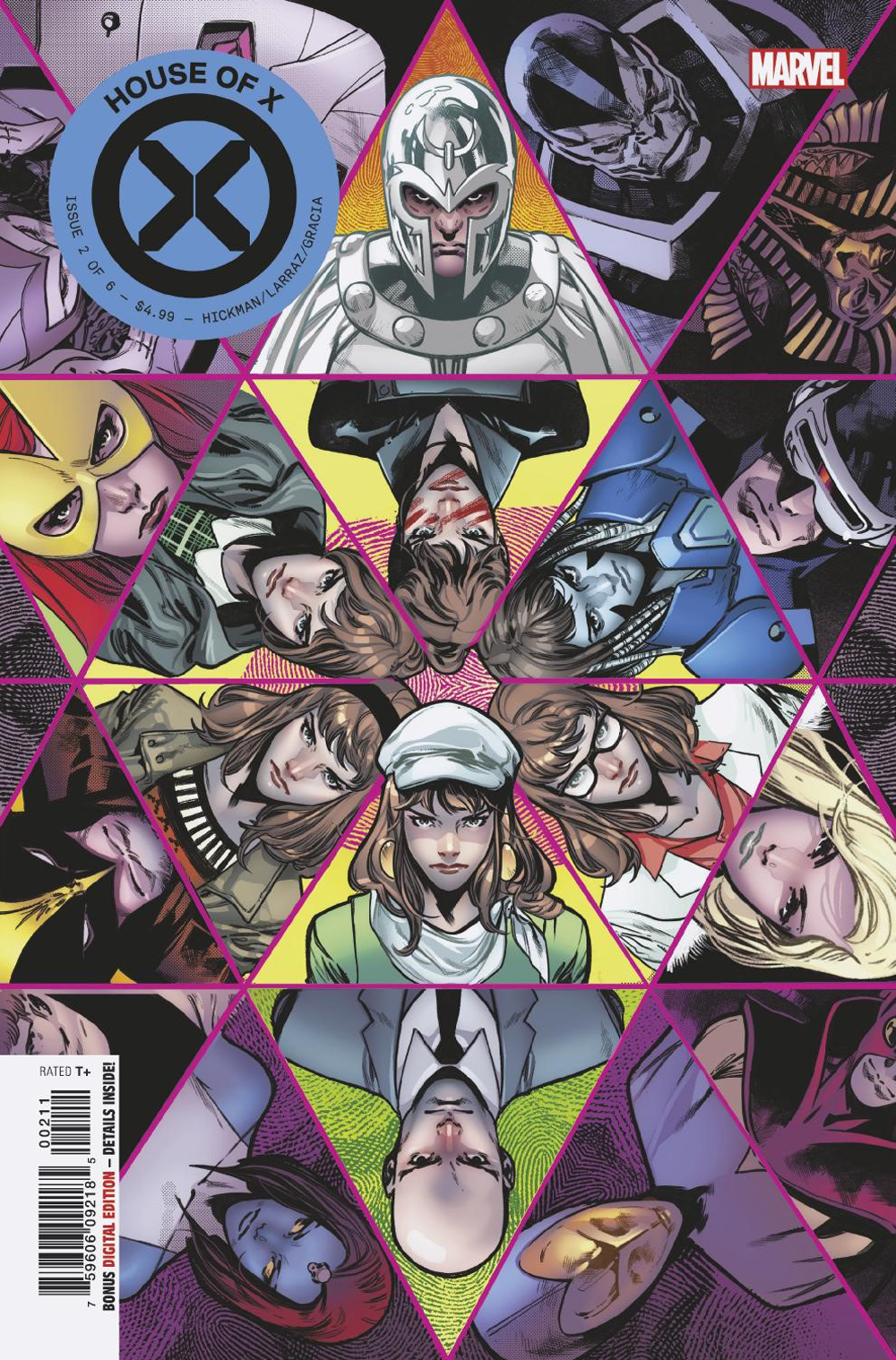 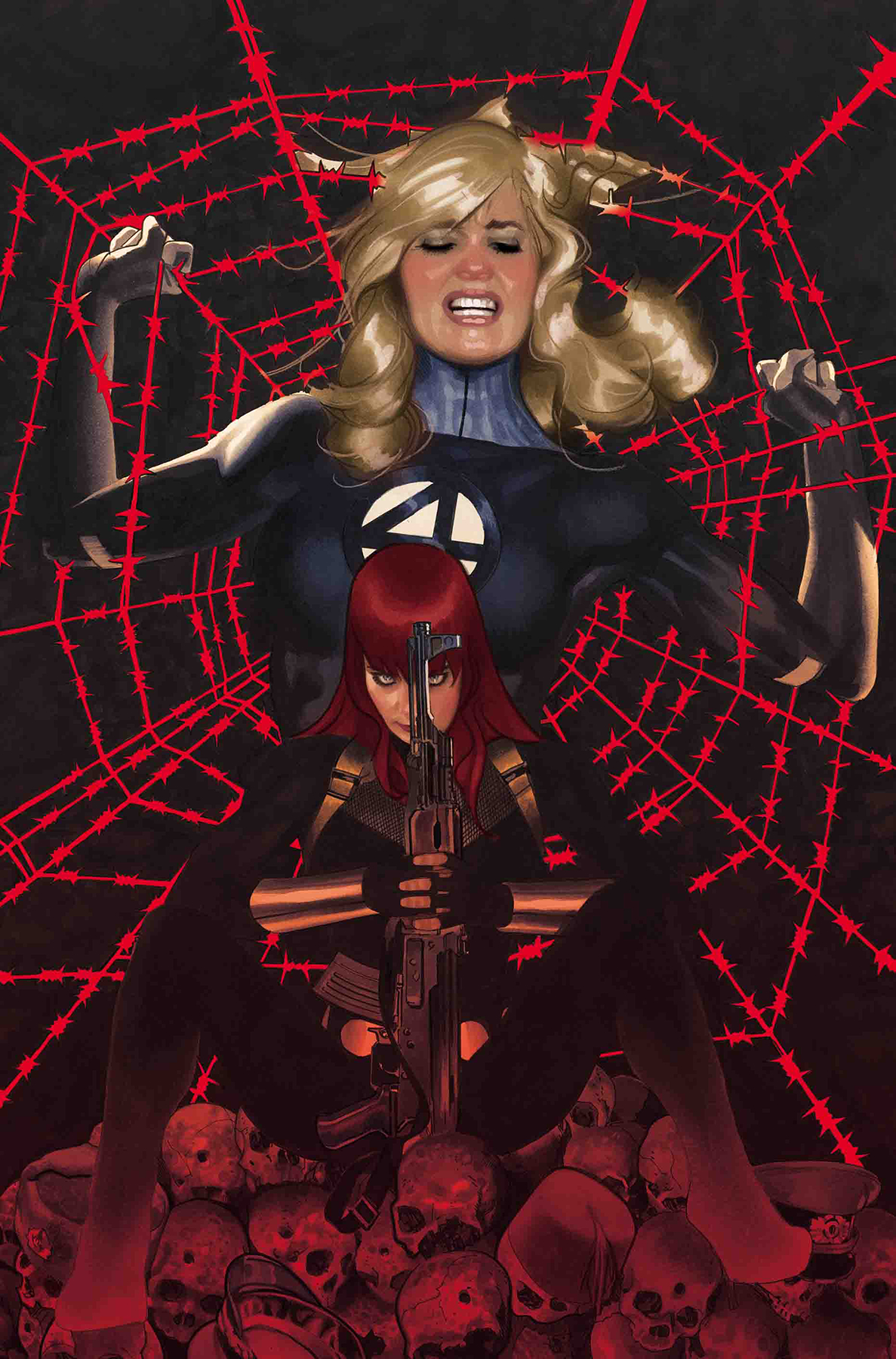 Susan Richards, the Invisible Woman, forms an unlikely - and uneasy - alliance with fellow spy the Black Widow to comb the alleys and palaces of Madripoor! They're searching for Sue Richards' first partner - but what they discover will shake Sue to the core and turn her mission upside down! 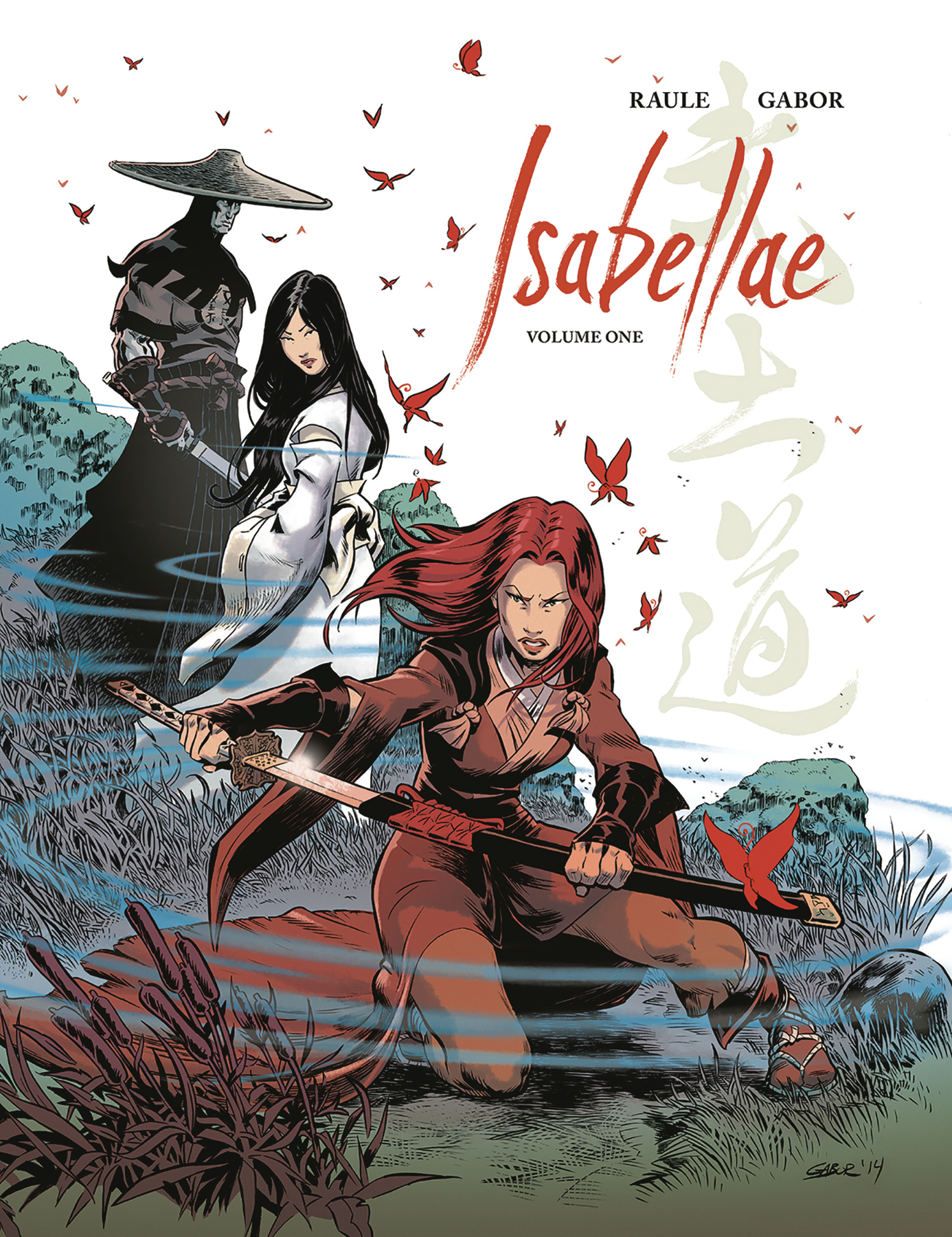 In the midst of feudal Japan, a young girl who is the daughter of an Irish witch and a samurai master, Isabellae Ashiwara, roams the countryside with her father's ghost at her side, earning her living by her sword and searching for her long-lost sister, Siuko. Fighting against all odds, Isabellae must take charge of her destiny once and for all and face her past in order to move forward.
o From the brilliant creative minds of Raule and Gabor!

o Offered in English print-format for the first time! 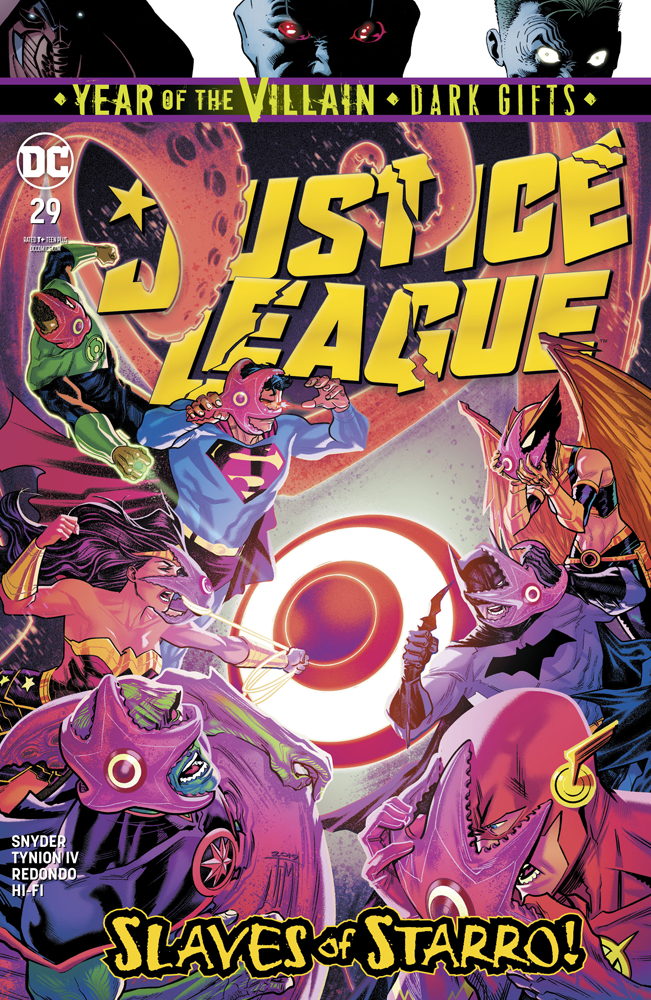 Does a Starro dream of an electric Justice League? Sensing the danger to come, Jarro fears for his newfound friends. He ponders each one and their potential fate to decide whether he should mentally block them from going forward into what could be certain destruction...the coming war with the Legion of Doom! 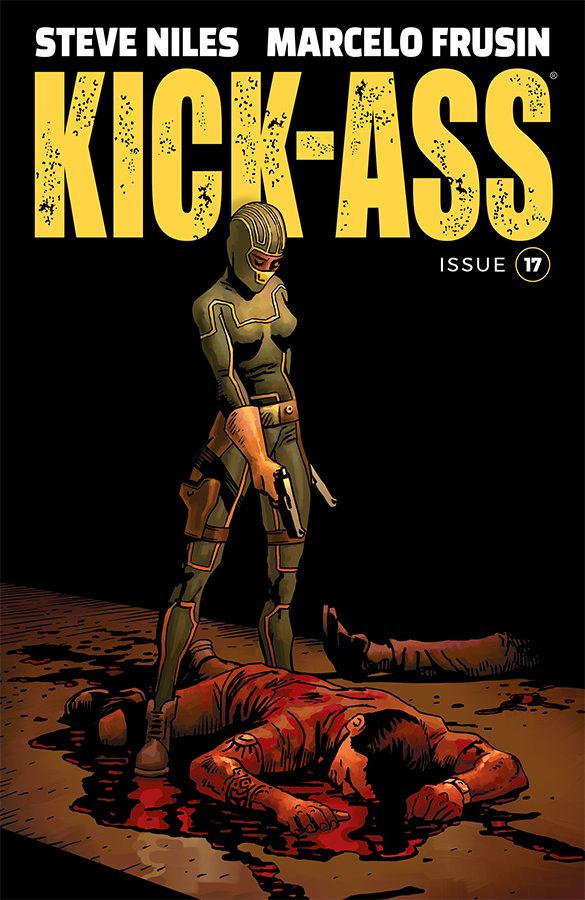 The cartels are closing in. Kick-Ass must now fend off new Mexican enemies and contend with pressure from the Russians and her brother-in-law Maurice. The violence escalates as Patience starts to lose control of the empire she's built. 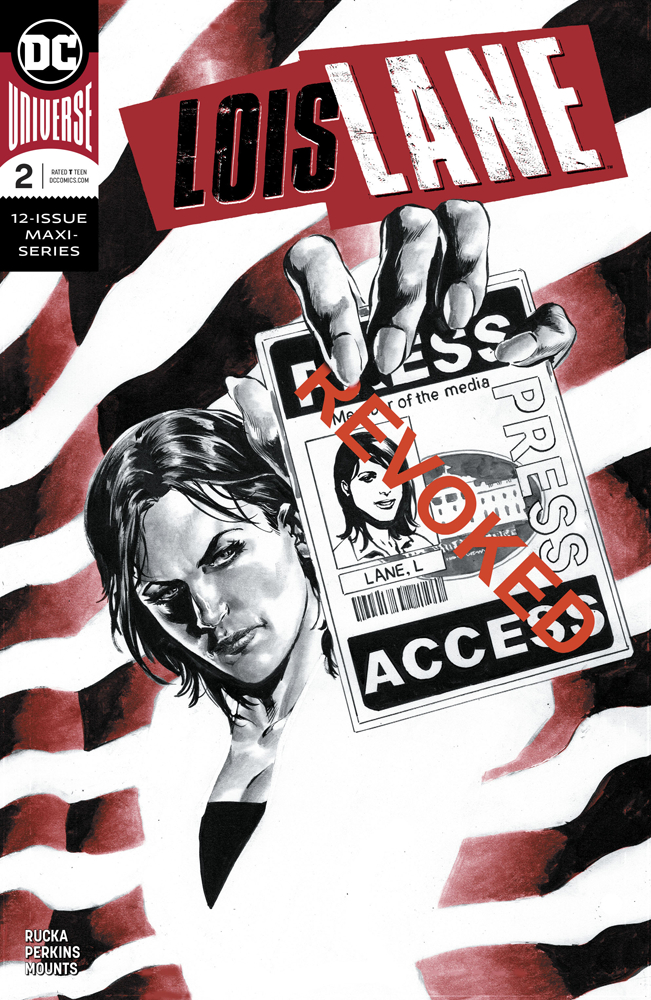 Famed writer and reporter Lois Lane never worries about speaking truth to power-so what's she hiding from the most powerful man on the planet (and her husband), Superman? Investigating a widening international conspiracy, Lois puts herself in the crosshairs with backup from an unlikely new ally from the streets of Gotham City. 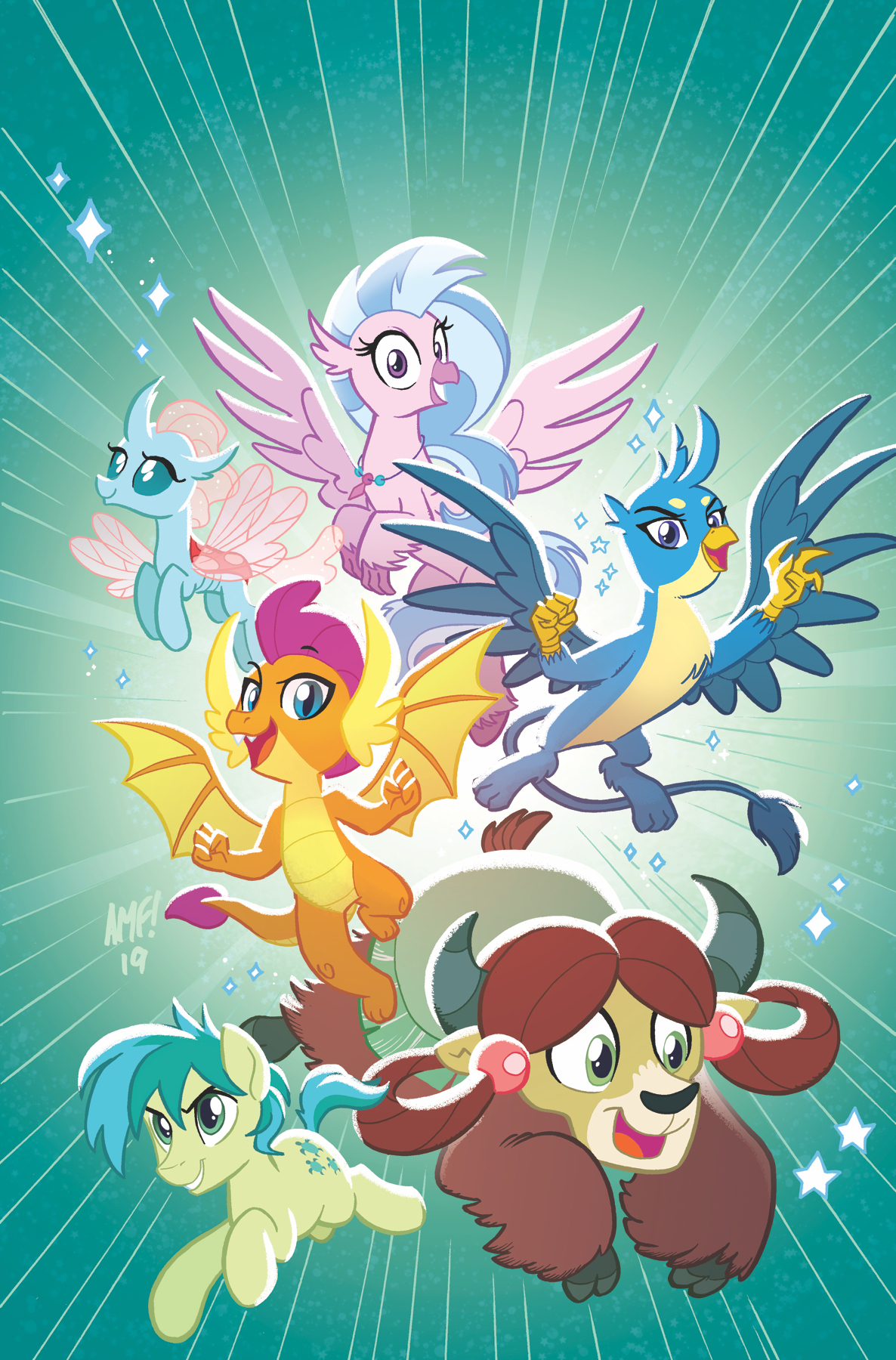 My Little Pony: Feats of Friendship #1

Come one, come all, to the School of Friendship's very first sporting event-the Feats of Friendship! As Sandbar, Smolder, Gallus, Ocellus, Yona, and Silverstream prepare for the new competition, they realize they're going to need one more pony to round out their team. Enter Swift Foot, a mysterious new exchange student! But will she help strengthen the Young Six's bonds of friendship-or just drive them apart? Jealousy threatens our favorite youngsters in this brand-new miniseries! 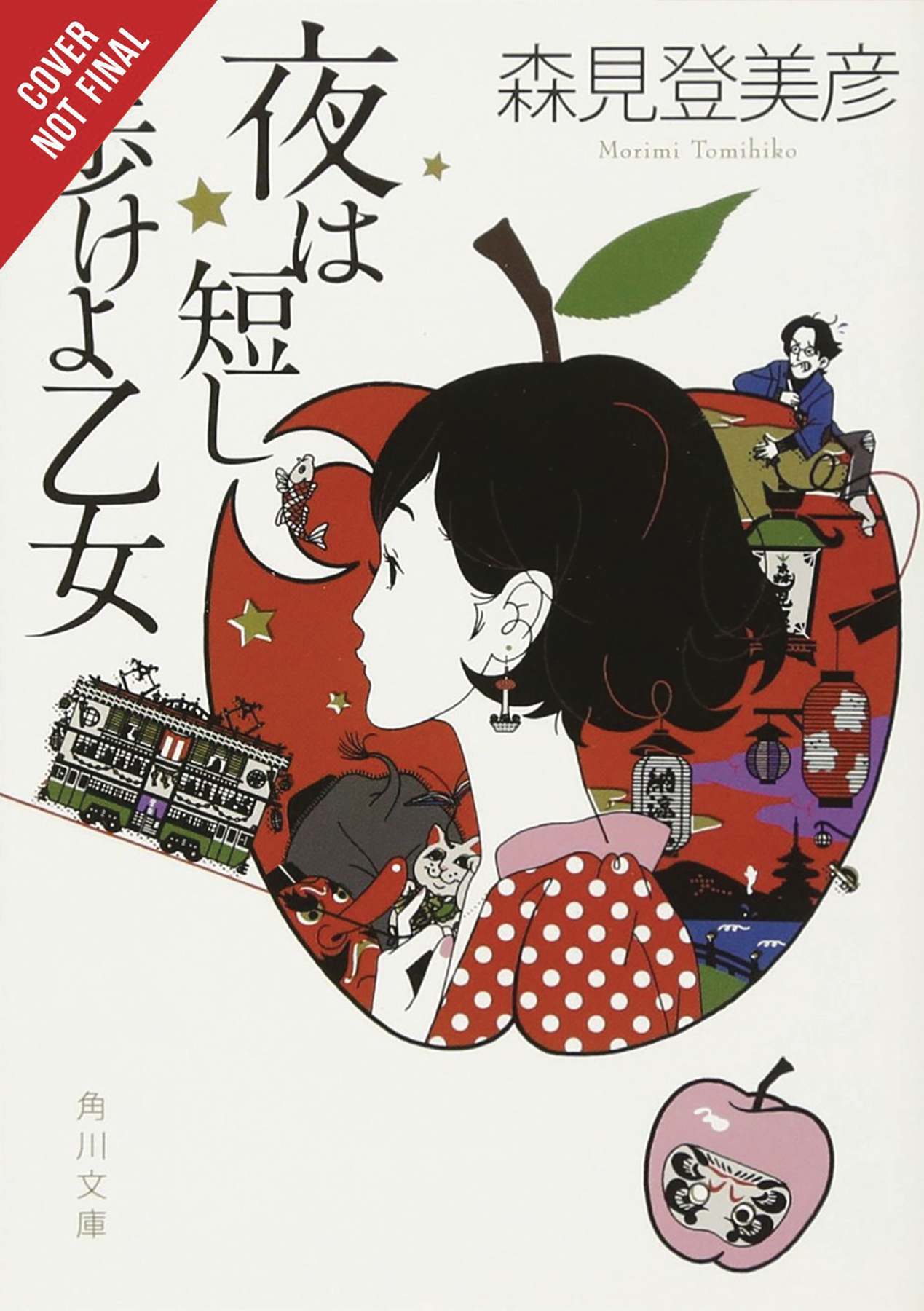 The Night is Short, Walk On Girl

A college student spends an evening out, unwittingly attracting the attention of various men whose paths she crosses. One in particular, an upperclassman who has been nursing a crush on her for some time, has chosen this night to make his true feelings known. Will the two come together, or will this girl just keep on walking...? 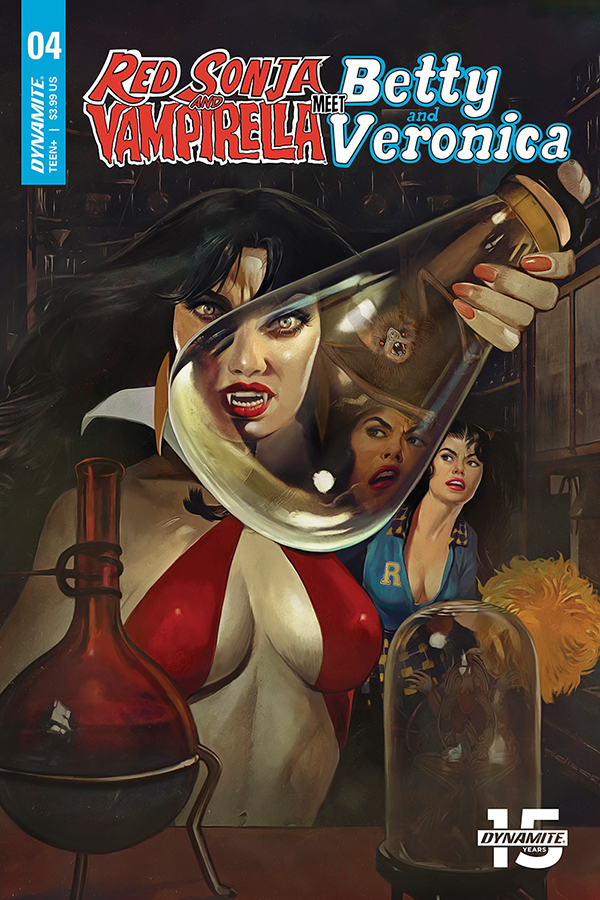 Things are getting weirder and weirder in Riverdale as Red Sonja and Vampirella investigate a string of grisly murders with the help of their new friends Betty and Veronica. But as the body count increases and the leads dry up, police suspicion turns to the outsiders who need to find the real murderer and FAST. 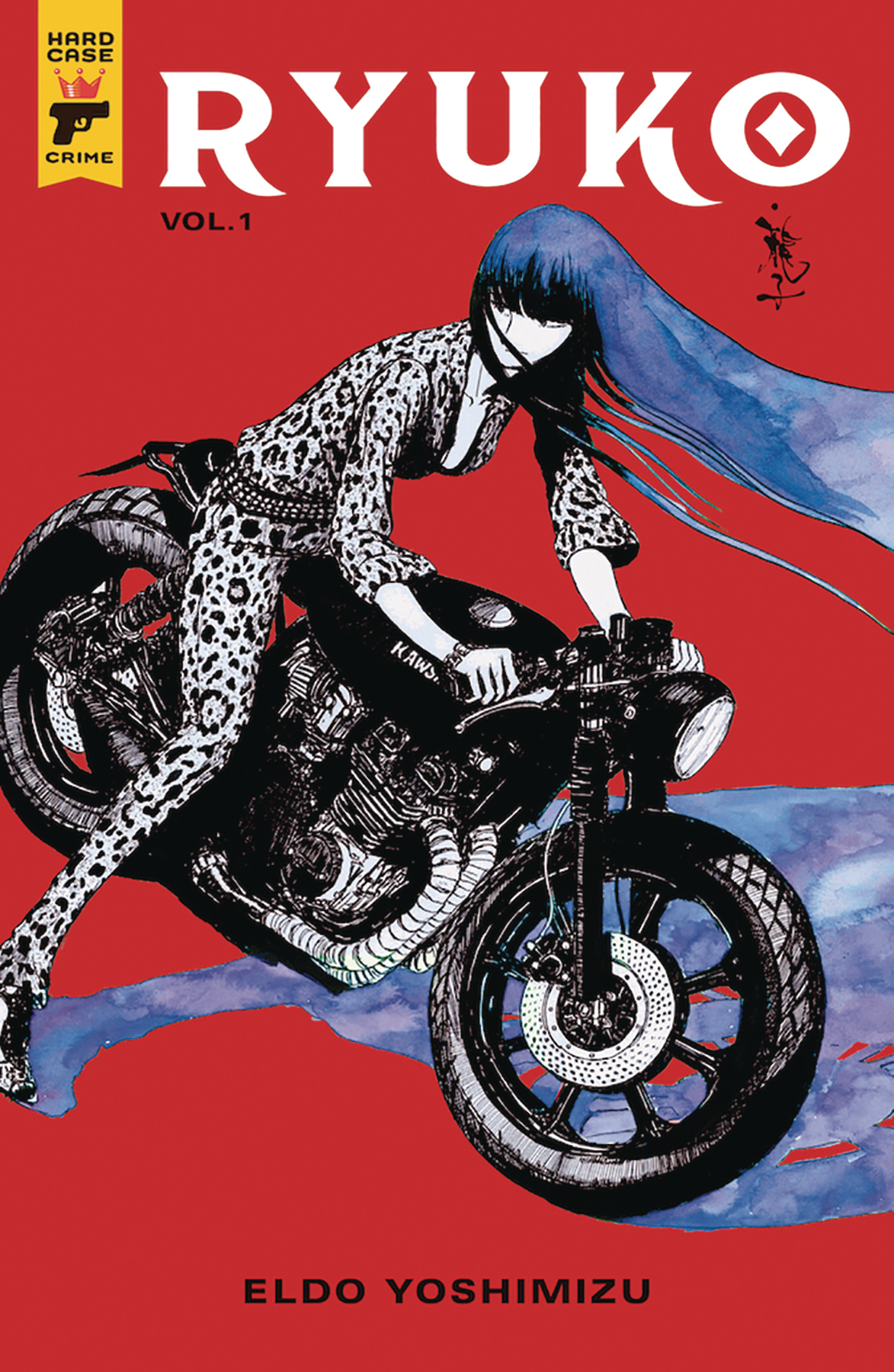 Hard Case Crime presents a loving manga homage to film noir and Japanese gangster cinema, as Japanese artist Eldo Yoshimizu unveils the bloody and beautiful saga of a Yakuza princess! Ryuko is a hard-hitting, motorcycle-riding member of the Japanese mafia - after a criminal operation in the Middle-East turns explosive, she must return home to face Chinese gangsters, unknown terrorists, and her own personal demons... Part one of a two-part criminal saga packed with international intrigue, complex morality, and blistering action! 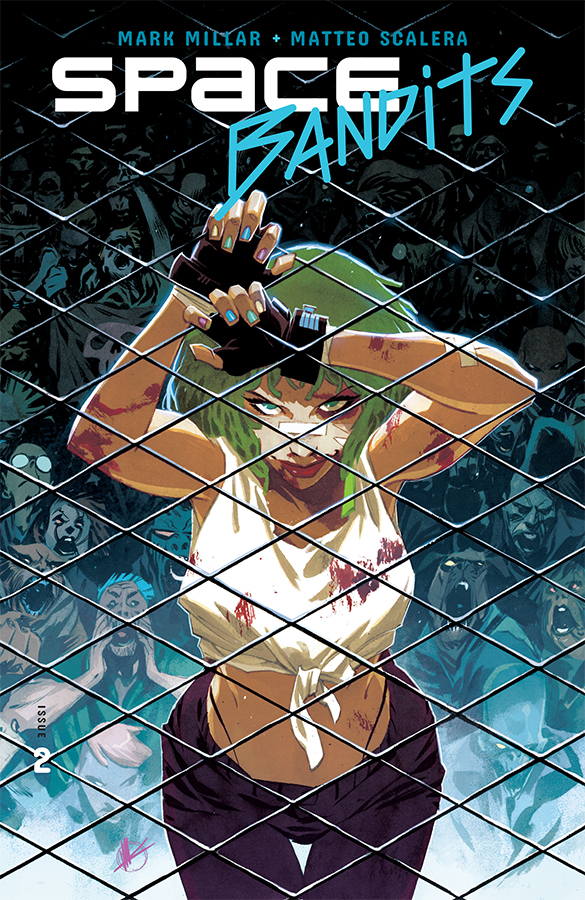 The bandits are locked in a penal colony and looking to bust out. While Thena bulks up to compete in the Big Bout and earn her ticket to freedom, Cody puts her cunning mind to work on an escape plan. But how will they flee The Crustacean, and who'll be their first target when they do? 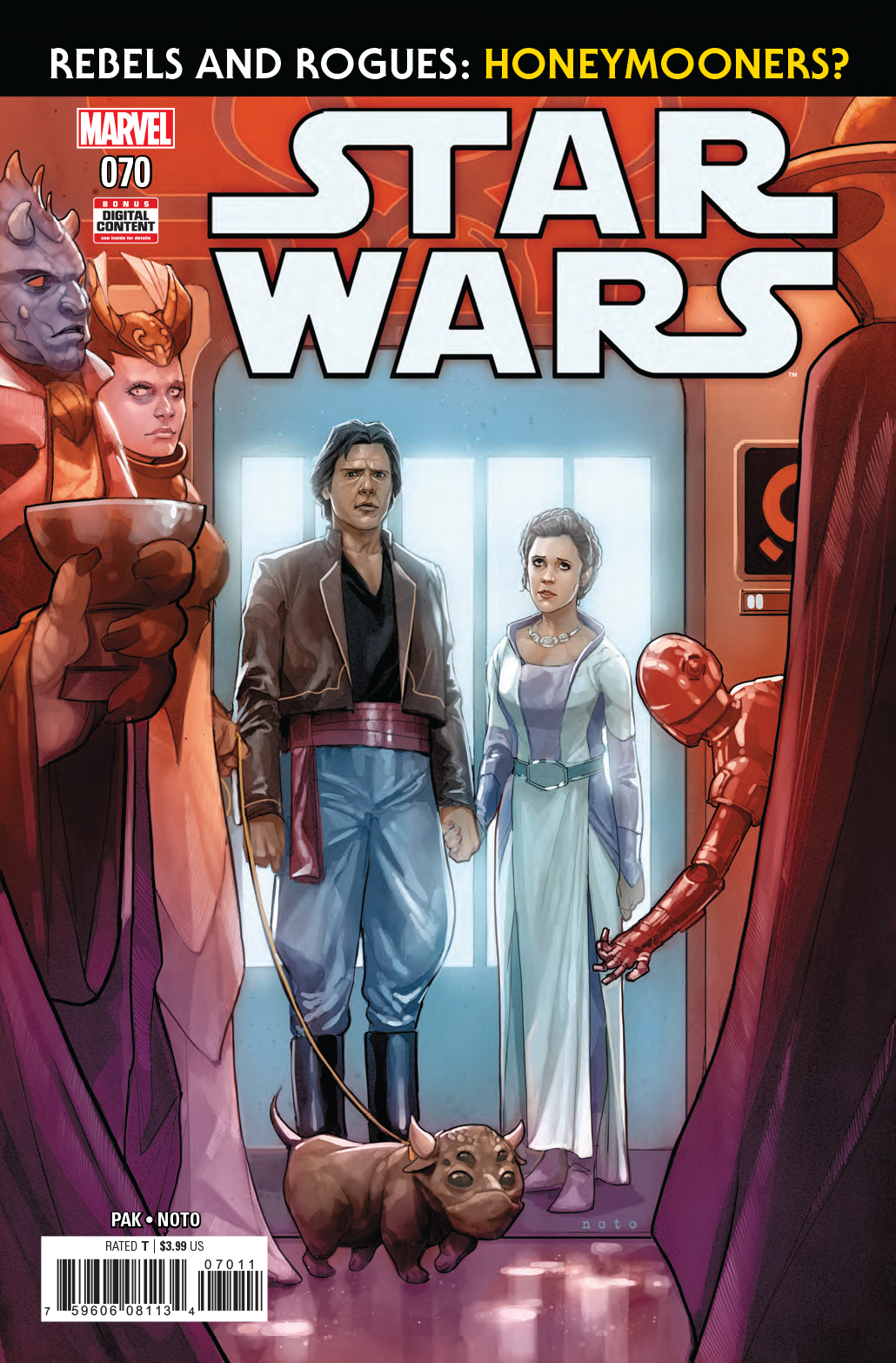 ROGUES, ROMANCE AND ROCK MONSTERS!
• With the fate of the Rebellion at stake, our heroes scramble to set their decoys and traps to protect THE REBEL FLEET. But everyone's plan suddenly becomes more complicated.
• What can a frontier cardsharp teach Luke about THE FORCE? What are HAN and LEIA doing in the Lanz Carpo honeymoon suite?
• And which utterly iconic STAR WARS villain finally takes notice as CHEWIE and THREEPIO tangle with the rock monsters of Planet K43? 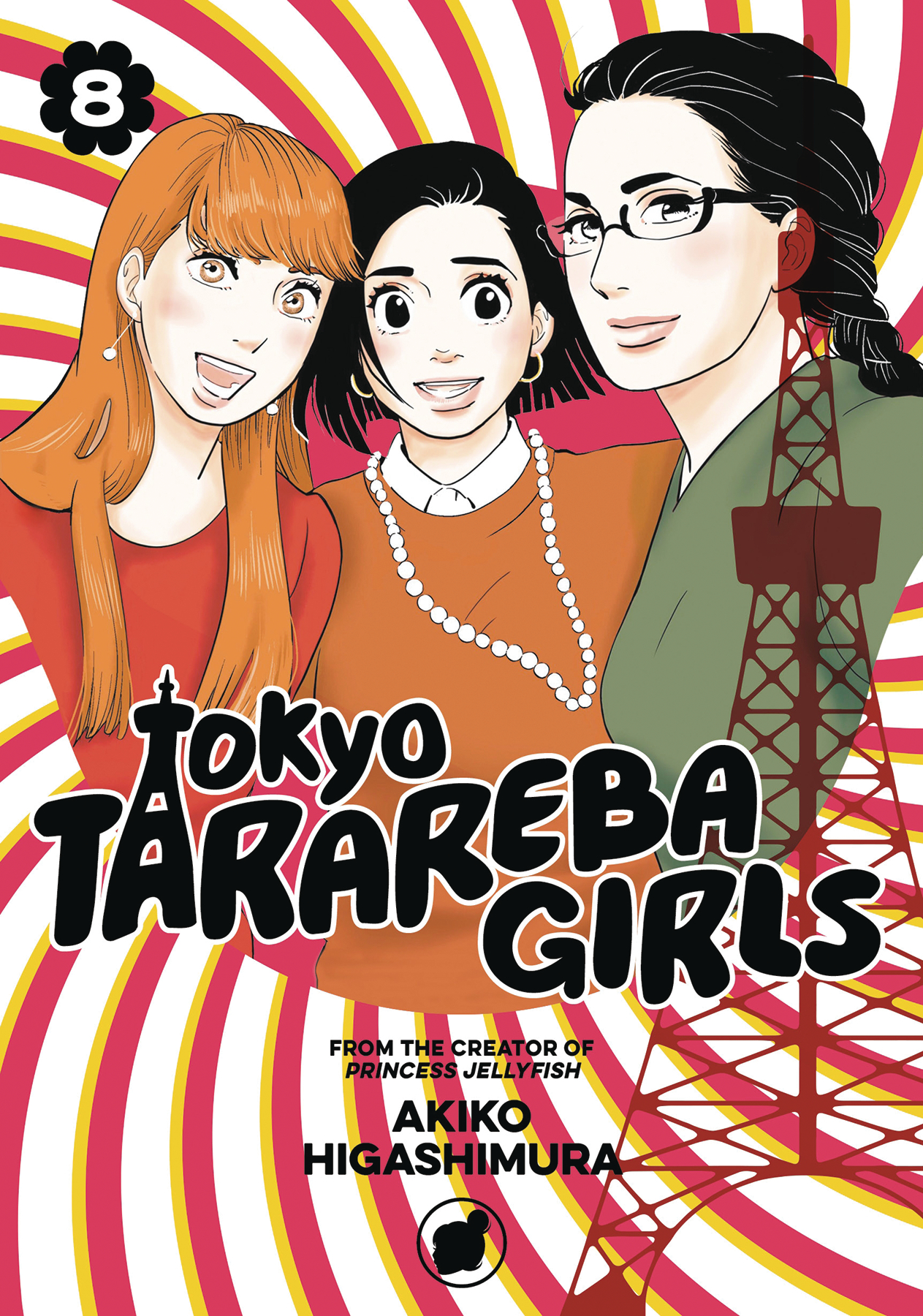 "I spent all my time wondering 'What if?' Then one day I woke up and I was 33." Rinko has hustled her whole life, but one day she wakes up and finds herself a writer of a cheap online soap opera with only two friends (with whom she goes drinking most nights). In a booze-fueled delusion, she swears to get married by the time the Tokyo Olympics roll around in 2020, but it's not going to be a straight line, and there won't be any fairy tale endings! 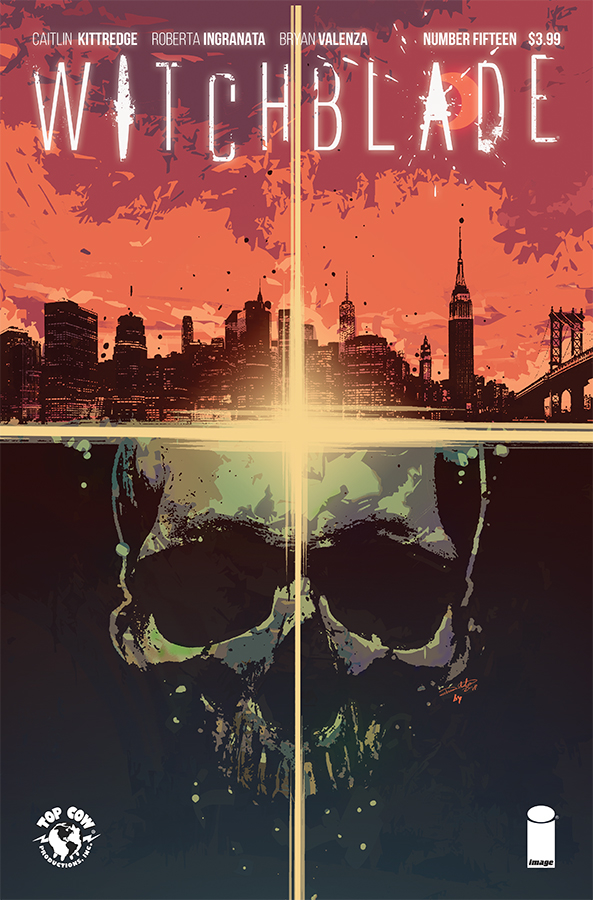 "LAST DAYS," Part Three: Alex makes it back from the apocalyptic future to the present, but not everyone makes it back with her. She and Haley face off, and Alex quickly discovers the event that kicks off the demonic takeover of New York is fast approaching.